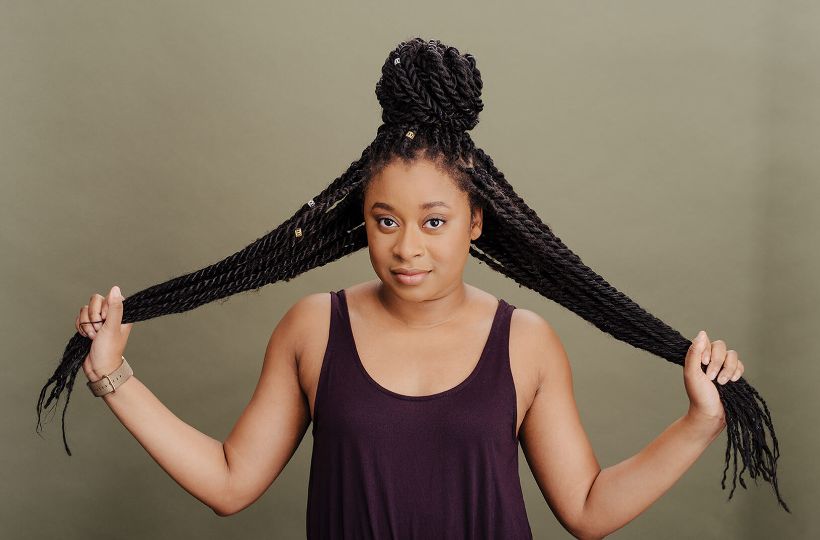 American comedian and actress, Phoebe Robinson came to the media spotlight as the co-host of the hit podcast-turned-TV show, 2 Dope Queens (2018).

Is Phoebe Robinson still with British Bake Off?

Yes, Phoebe Robinson is still with British Bake Off- Luke Downs. She revealed a hint about being in a relationship in her book, Everything’s Trash, But It’s Okay which was published in the year 2018. In the book, she mentioned that she has a boyfriend around the time she handed the manuscript to the editor. The couple met at a U2 concert where Luke was working with the opening act.

After that, they clicked and they eventually started to date in the year 2017. They have been inseparable since then and they live a blissful life together. They might have some plans for their wedding which are yet to be disclosed. The couple is living under the same roof in Brooklyn, New York since October 2018.

Who is Phoebe Robinson’s boyfriend?

As we have already mentioned above, Phoebe’s boyfriend is Luke Downs. She has dubbed her boyfriend as #BritishBakeOff, and Luke is recognized by that name everywhere. He was born on 14th December 1988, in the south of England.

He is currently working as an event and touring manager. Also, Luke is a podcaster. He shared his job with Phoebe’s podcast, Black Fraiser. Luke even received credit for his contributions to the series.

Where is Phoebe Robinson from?

Phoebe is originally from Cleveland, Ohio, in the United States of America. Currently, she lives a happy and peaceful life with her boyfriend, Luke in Brooklyn, New York.

Who are Phoebe Robinson’s parents?

Phoebe’s parents are Phillip Robinson (father) and Octavia Robinson (mother). Her father was a small business owner while her mother used to work as an accountant. Phoebe has a special bond with her parents.

Where did Phoebe Robinson go to college?