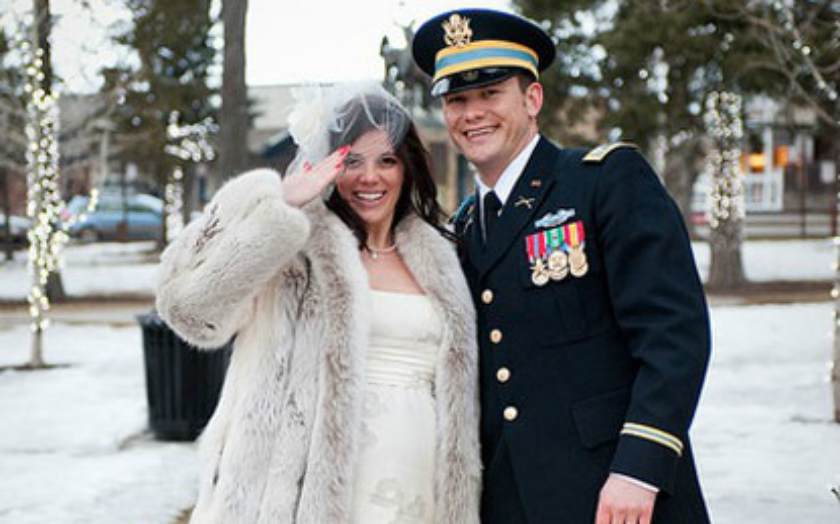 Pete Hegseth is an American author and one of the widely famous personalities in the news industry who has served in Fox News as a contributor.

Also, he penned a book- In The Arena, which was hugely acclaimed and has been praised by renowned personalities. Pete Hegseth is a family man with four kids. Let’s talk more about his marital relationship.

Pete Hegseth has been married twice until now. He divorced his first wife Meredith Schwarz in the year 2009. At that time, it was pretty difficult for him to move on, then he met his second wife, Samantha Hegseth.

According to some online resources, the couple met through their mutual friends, they fell for each other and started dating. They tied a wedding knot in the spring of 2010 in St. John’s Episcopal Church in Washington D.C.

They were blessed with three sons. Their first son, Gunner was born in June 2010, Boone was born in August 1012, and their youngest son, Rex was born in September 2015. After some years of their marriage, Pete had an affair with his coworker.

He was accused of having an extra-marital affair with Fox producer, Jennifer Rauchet. After knowing about this, Samantha filed for the divorce in September 2017 in Minnesota, the United States. After that, they separated their ways.

Before marrying Samantha, Pete Hegseth married Meredith Schwarz. He met his first wife after he graduated from Princeton University in Bachelor of Arts.

They tied the wedding knot in the summer of 2004. Pete didn’t share any children with Meredith. However, their relationship didn’t last long and they separated.

After five years of marriage, they broke up and the reason was Pete cheated on his wife with one of his colleagues. Eventually, they got a divorce in the year 2009.

Pete Hegseth is in a romantic relationship with Jennifer Rauchet. His girlfriend, Jennifer works as a Fox Executive Producer. They can be seen sharing lovely moments on their Instagram accounts.

The couple has not revealed their relationship beginning details yet. However, it is known that Pete had an extramarital affair with Jennifer when he was still married to his second wife.

Also, they are also the parents of their daughter Gwen, born in August 2017. The couple attends events together and regularly posts pictures of them and their daughter on Instagram. He is happily living with his girlfriend Jennifer. And we wish the couple remains free from rumors in their relationship.

How many Children Does Pete Hegseth have?

Pete Hegseth has three sons from his past relationship with Samantha Hegseth. Their sons are Gunner, Boone, and Rex. However, he had his fourth child, Gwen who is a daughter in August 2017 with his love, Jennifer Cunningham Rauchet.

Furthermore, his sons, Gunner, Boone, and Rex also attend the Eagle Brook Church and go to Liberty Classical Academy following the footsteps of his parents. Currently, the family is very happy living their life.

Did Fox News’s Pete have Tattoos?

Fox News’s Pete has had tattoos, he opened up that his tattoos reflected his love for faith, country, and service for his country when he was in the military. His one tattoo represents the coat of arms of the 187th Airborne Infantry Regiment of the 101st Airborne Division which he had served. His other tattoo shows “We The People”.