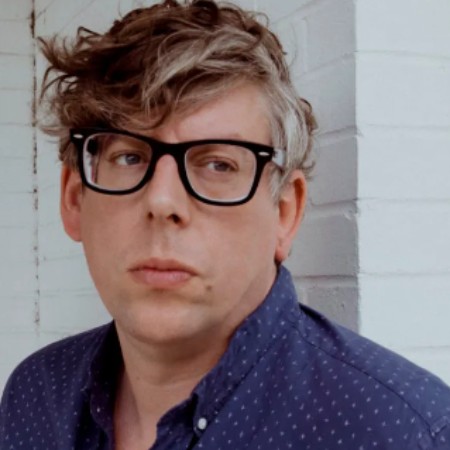 An American musician and producer Patrick Carney came to the limelight as the drummer for the Akron, Ohio-based blues rock band the Black Keys.

Where is Patrick Carney from?

Patrick Carney opened his eyes to this beautiful world on April 15, 1980. He was born in Akron, Ohio, United States of America. As of 2022, he is 42 years old and his zodiac sign is Aries. Usually, he celebrates his birthday on the 15th of April.

Similarly, he holds an American while he belongs to mixed ethnic background. Moreover, he follows Christianity as a religion.

Are Patrick Carney and Michelle Branch still together?

No, Patrick and Michelle Branch aren’t together. Patrick and Michelle met for the first time in 2015 at a Grammys party. Later that year, after 11 years of marriage, she finalized her divorce from her first husband Teddy Landau. The couple got engaged two years after their first meeting.

After 3 years of marriage, they got separated on August 11, 2022. Branch accused Carney of cheating on her in a since-deleted tweet, telling people in a statement that:

“To say that I am totally devastated doesn’t even come close to describing how I feel for myself and for my family. The rug has been completely pulled from underneath me and now I must figure out how to move forward.”

Who is Patrick Carney previously married to?

Patrick was married to Denise Grollmus. His first wife is a writer. They started dating when Denise was a student at Oberlin College in Ohio and Carney and Dan Auerbach founded the Black Keys. After dating for some years, the couple tied their wedding knot in 2007, when he was living in Akron, Ohio. Later, in 2009, Patrick and Denise got divorced.

Again, Partick married Emily Ward. Patrick met Emily while living in New York City. The couple tied their wedding knot on September 15, 2012, in the backyard of their Nashville home. After staying together for 3 years, Carney and Ward divorced.

Does Patrick Carney have children?

How much is Patrick Carney’s Net Worth?

Patrick Carney’s net worth is estimated to be around $20 million. He earns this million amount from his professional career as a musician and producer.

According to some online resources, the average salary of an American musician is $46958 and a producer is $32,478 per year.

What is Patrick Carney’s Height?

Patrick stands 6 feet 3 inches tall and his body weight is around 68 kg. Similarly, he has an alluring pair of brown eyes and his hair color is also brown.

What is the nationality of Patrick Carney?

How much is Patrick Carney’s net worth?

Patrick Carney’s net worth is estimated to be $20 million.

What is the height of Patrick Carney?

Patrick stands at the height of 6 feet 3 inches tall.

What is Patrick Carney famous for?

Patrick is an American musician and producer who came to the limelight as the drummer for the Akron, Ohio-based blues rock band the Black Keys.