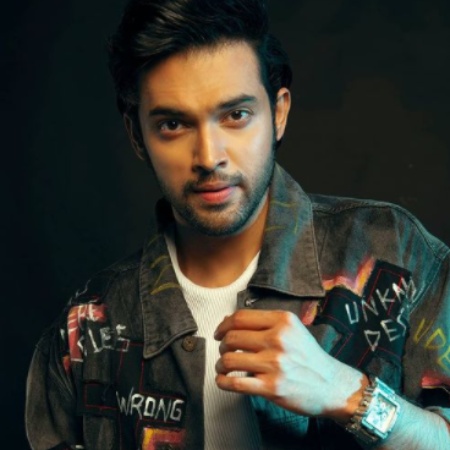 Does Parth Samthaan Have a Wife? What’s His Net Worth?

What is the Age of Parth Samthaan?

Parth Samthaan was born on 11th March 1991 in Mumbai, India. As of now, he is 32 years old. After he moved to Pune with his family. He attended a boarding school named “New Era High School”, Panchgani. Later he graduated as an architect from “L.S Raheja College of Architecture”.

Parth used to have a band named “The Fab Five” and was the main singer of his band at the time of his University. Their interest in acting rose up while he was doing his architecture course. Then he learned acting at “Kishore Namit Kapoor Acting Institute”. Moreover, Parth Samthaan’s friends and family usually call him Aarav, Parthu, and Partho. And his birth sign is Pisces.

Who is Parth Samthaan’s father?

Parth’s father Mr. Lagathe left this beautiful world due to an age-related illness in a Pune hospital. As of now, he has resumed shooting for his show in Mumbai.

Parth Samthaan was rumored to be gay or bisexual. But he has not confessed it till now. Previously Parth used to date Bollywood Actress Disha Patani. This relationship did not last long and they broke up.

The reason behind their breakup may be the news of Parth being a bi. There were some rumors that this celebrity is dating Vikash Gupta. But Parth does not agree. This news brought a lot of controversies in the actor’s life. Moreover, he became the most controversial television actor.

In December 2013, Parth blamed Vikash Gupta for molesting him. Also, he said,

“Vikas hasn’t cleared my dues of Rs 5 lakh 50 thousand for Pyaar Tune Kya Kiya, a show that I did with him. He has been asking me to cough up a ransom of Rs 5 million. He has also threatened to ruin my career. I have also informed the cops about the same thing. I have nothing against him except for the fact that he hasn’t cleared my dues. We were good friends. He has also helped me in my career and I will be always thankful to him. But my hard work can’t be discounted.”

Parth was also rumored to be dating Gaurav Arora also known as Gauri. As per the reports, there was something between Vikash, Parth, and Gauri. Later Parth and Gauri gave an interview cleared everything and said all the claims were false.

There is nothing between them. However, Parth Samthaan and his co-star Niti Taylor were also rumored to be dating. We would love to hear that news. Unfortunately, it does not seem possible cause Niti Taylor is now married. Moreover, Parth and his co-star Erica were also rumored to be dating. But it’s not true as Erica once said in a live chat, she is dating someone and her boyfriend is not from the industry.

What is the Net Worth of Parth Samthaan as of 2022?

Being one of the most popular and talented Indian television actors, Parth Samthaan has a net worth of approximately Rs 45 crores as of 2022.

After his performance, in “Kaisi Yeh Yaariaan” and “Kasauti Zindagii Kay”, he gets Rs.40k per episode which leads Parth to live a lavish and luxurious life.

How tall is Parth Samthaan?

God has blessed Parth Samthaan with a towering height of 6 feet 1 inch. He is impressing all his fans with an amazing body and his body weight is around 80Kgs (176 lbs). And Parth has a body measurement of 40-30-14 inches. Moreover, he has beautiful black eyes and black hair color.

Samthaan’s Struggle Due To Weight?

The most popular actor in the Indian Television Industry Parth Samthaan used to have a huge weight of 110 kg. But now he is the hottest guy on Television.

The doctors inspired Parth to lose weight. They once told him, in fact, warned him, if he doesn’t lose weight then surely he will suffer from a heart attack due to massive weight. Must say Parth believes in hard work, once he used to have a bulky body but now Samthaan is considered the hottest, handsome, and good-looking boy in the television industry.  He must have struggled a lot to lose weight. Parth once said in an interview,

“When I was on the heavier side, I used to hog on some dishes made by my mother which had chicken and egg in it, homemade Gravy or Curry. My sister used to make halwa for me. Every time she comes here, she makes it but this time I’ll make sure I only eat the same amount of it.”

Moreover, he mentioned his struggle regarding his weight loss. Parth said,

“I took it seriously. Me being a very extreme person at the time of weight loss, I became very finicky, I used to even count my calories when I drank a glass of water. I lost around 32 kg in 4 months which isn’t easy. Even my trainer told me.”

As of now, he has a lot of fan following and in an interview, Vikash Guptapulled his leg by saying,

And a reporter in an interview asked him if girls used to like Parth before, he replied,

“I was a shy kid. Talking to girls was impossible. Girls never looked at me, honestly but I never got offended by it. I also remember the transformation phase where the same girls texted me asking if I am the same guy who used to be chubby.”

Now he has become a handsome hunk of the television industry. Moreover, Parth has a lot of female fans in comparison with his male fans. We can see him followed by a lot of fans everywhere.

Who is Parth Samthaan?

He is an Indian Television actor and Singer. Parth Samthaan rose to popularity after appearing in the youth drama “Kaisi Yeh Yaariaan”. Later, after his popularity, he played the main role in season 2 of Ekta Kapoor’s Family drama “Kasauti Zindagi Kay”.

When was Parth Samthaan born?

Parth Samthaan was born on 11th March 1991 in Mumbai, India.