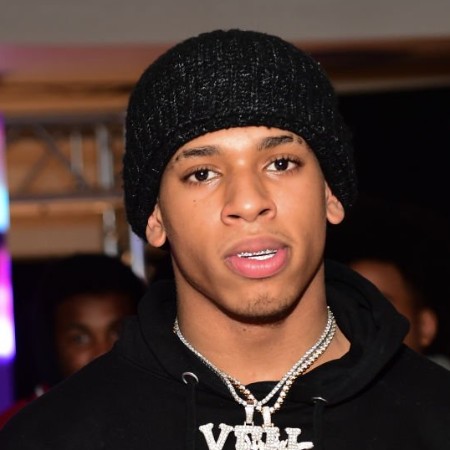 What is the Real Name of  NLE Choppa?

On November 1, 2002, NLE Choppa was born in Memphis, Tennessee, U.S. His birth name is Bryson Lashun Potts. He was born under the star signs of Scorpio.

He is the son of the father Nigerian and his mother a Jamaican. His mother always encourages and helps NLE in his career. She is a manager of his son and manages all the required material and things as a rapper artist and songwriter. NLE grew up in Memphis, Tennessee in the Parkway Village area.

NLE Choppa has gained a good sum of money from the entrainment industry. According to celebrity net worth, he has an estimated net worth of $ 3 million as of 2022. The main sources of his income are his career as a rapper, songwriter, singer, and music artist. He has also gained a lot of name and fame from his career.

It seems that he is living a happy and luxurious life with his net worth. His net worth may increase in the future.

What is NLE Choppa Dating Currently?

Previously,  NLE Choppa was in a romantic relationship with Mariah Jones. The couple seems very happy and started dating. They both have each other tattoos on their body. NLE has written his girlfriend’s name on his neck. He has also written a song for his lover on the title, Forever. This song was premiered on his Youtube on November 2, 2019. Mariah also made a picture of NLE Choppa on her back.

Unfortunately, the couple broke up. Later on, After several months, NLE’s ex-girlfriend, Mariah Jones said that she is pregnant. But the NPL Choppa wants her to abort their baby. Mariah does not abort their baby. On June 20, 2020, Mariah gave first to the daughter named; Clover.

What is the Weight of NLE Choppa?