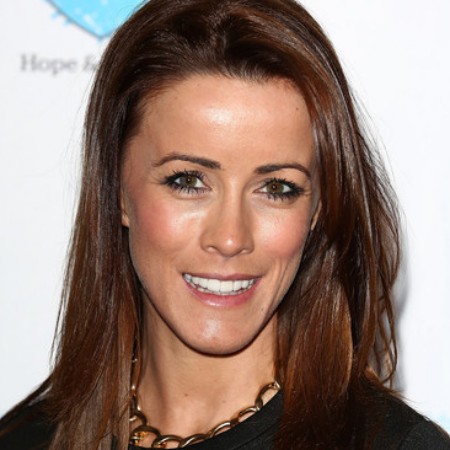 English model and former Page 3 girl Nicola Tappenden rose to fame as one of the contestants in the reality show Big Brother.

What is Nicola Tappenden’s Age?

On February 12, 1982, Nicola Tappenden opened her eyes to this beautiful world. She was born in Croydon, Surrey, England. As of 2022, she is 40 years old. Her sun sign is Aquarius. Nicola celebrates her birthday on the 12th of Feb every year.

Is Nicola Tappenden Single or in a Relationship?

Nicola is currently single. She is focussing on her career at the moment. Likewise, Nicola is a single mother and spends quality time with her children. But she might find the person she would love to tie the knot with in the future.

Who did Nicola Tappenden previously date?

Nicola was previously in a relationship with Rob Schneider in 2004. But their relationship didn’t last long and sometime after she began seeing Bobby Zamora from 2005  to 2007. She was also dating Jeff Brazier from 2011 to 2013 and Simon Walton from 2007 to 2010.

Does Nicola Tappenden have children?

Nicola is the mother of two children. While she was dating Simon Walton she gave birth to her first daughter and son. Her daughter’s name is Poppy (born in November 2008).

How much is Nicola Tappenden’s Net Worth?

Nicola has an estimated net worth of around $1.5 million as of 2022. She is able to collect a decent sum of money from her career as a model and reality tv star.

Aside from her career she might be also earning extra money from sponsorship and brand endorsement. An average salary of an English model is around $15,076 per year. She might be earning the same amount.

In which TV show Nicola Tappenden was invited?

Due to her friendship with Fulham F.C. striker Bobby Zamora, Nicola received an invitation to participate in the reality television program WAGs Boutique. It is a show in which two teams of WAGs fought to manage two designer businesses over a three-month period. Later, in 2007, she launched WAGS Workout, a fitness video.

In which song did Nicola Tappenden take part?

The Race for Life song Girls Just Wanna Have Fun, which was released in April 2010, includes Nicola as well. Other well-known people who appear in the song include Kym Marsh, Danielle Lloyd, Lisa Scott Lee, and Kelli Young. She also participated in a Come Dine with Me WAGs episode.

What is the reality show Big Brother about?

Big Brother follows a group of residents who share a home with 94 HD cameras and 113 microphones, which records every move around-the-clock.

How tall is Nicola Tappenden?

Nicola stands at the height of 5 feet 6 inches while her total body weight is 52kg. Her shoe size is 4 (US) & dress size is 8 (US). She has an alluring pair of brown hair and beautiful long blonde hair.

What ethnicity is Nicola Tappenden?

What is the net worth of Nicola Tappenden?

Nicola’s net worth is estimated to be around $1.5 million

How tall is Nicola Tappenden?

Nicola stands at the height of 5 feet 6 inches.