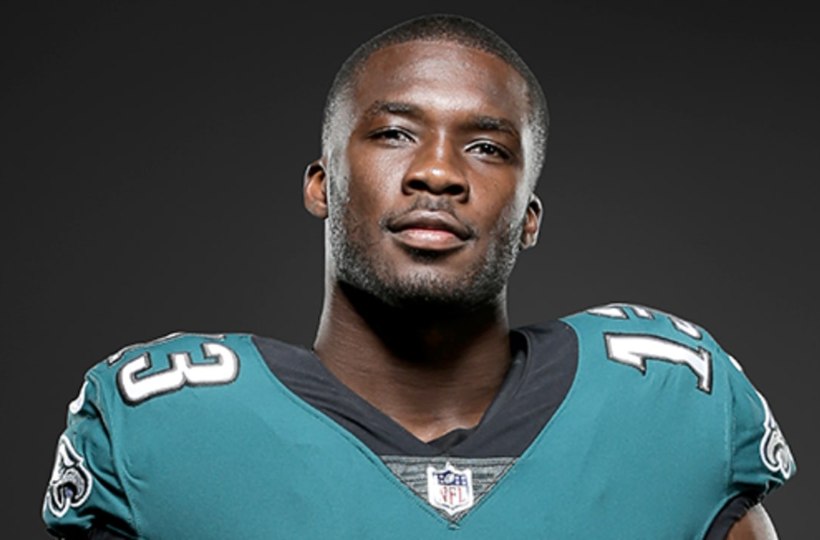 Nigerian-American American football player, Nelson Agholor is currently playing for the New England Patriots of the NFL as their wide receiver. He got into football after playing college football at USC.

Is Nelson Agholor Married or in a Relationship?

Nelson Agholor is not married yet but he is in a romantic relationship with his girlfriend, Viviana Volpicelli. The couple met for the first time while attending the University of Southern California. They remained friends for a very long time before they finally decided to move their friendship to the next level as a girlfriend and boyfriend. The couple made their relationship public in the year 2017 by posting their couple’s photo on their social media account.

Though they have been together for years, they are yet to share the wedding vows. However, they are very happy together and there is not even a single rumor regarding their breakup or separation. It seems like Nelson and Viviana are each other’s first love because there is no information on their past relationships.

Who is Nelson Agholor’s Girlfriend/Wife?

Nelson’s girlfriend, Vivian Volpicelli is an American model and vlogger. She open her eyes on 8th May 1995 in Palos Verdes, California, the United States of America. She has launched a wide variety of skincare products and runs a skin treatment clinic. Vivian has a motive to help others improve their appearance and self-confidence to help them start enjoying their life more too. She said:

“I struggled with my appearance (acne and body issues) for years and wanted to take control of those aspects for several reasons. For example, to look forward to and enjoy social encounters with more self-confidence.”

“I know life isn’t about being perfect, but for me, all of the little self-improvement and beauty rituals I do make me feel more confident going through life — and that’s the way it should be!”

She started her professional career as an Instagram model and successfully amassed millions of followers. She is more focused on her self-titled blog, vivianavolpicelli.com at the moment.

Where is Nelson Agholor from?

Nelson is originally from Lagos, Nigeria. He moved to the United States at the age of five years old with his family, so he is residing there with his family members.

Nelson was born to Felix Agholor (father) and Caroline Agholor (mother). His father was a soccer player in Nigeria while his mother was a homemaker. Besides, Nelson has not mentioned much information regarding his other family members with the media.

Where did Nelson Agholor go to college?

Nelson finished his schooling at Berkeley Preparatory School in Tampa, Florida where he played several types of sports. He graduated from the University of Southern California in Los Angeles, California.