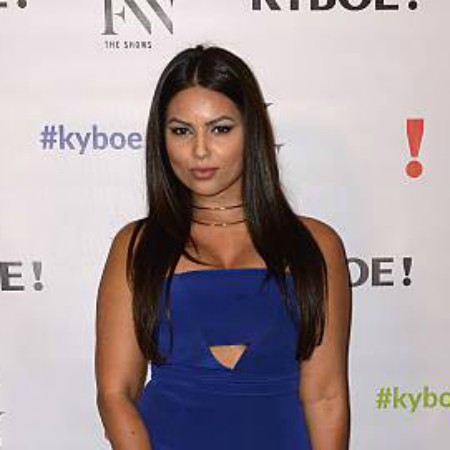 CEO of “The Creative Penny” Natasha Sen came into the limelight after marrying famous NBA coach David Fizdale. Her husband David works as a head coach of the New York Knicks of the National Basketball Association (NBA).

On June 10, 1985, Natasha Sen was born in the United States of  America. Her birth sign is Gemini. By nationality, Natasha is American and belongs to the Asian ethnic group.

After completing high school, she enrolled at OCAD University (Ontario). Then, she earned a Bachelor’s degree in Design, Creative Advertising, Marketing, and Brand Development. Also, she studied Web Designing at Ryerson University.

Married Life of Natasha Sen with Her Husband

On this fine #ValentinesDay here is a glimpse of a funny moment from our wedding. *Sound 🔛* I feel many couples that have been together a long time can attest to this but Valentine’s Day is just another day.. esp when you work hard for your relationship every day (and it DOES takes work just like ANYTHING in life!). . Fiz and I just say every day is v-day for us BUT if you have a partner that really feels the need to make this day extra special, don’t dismiss their feelings.. if you really care for someone, celebrate the day with them if that’s important to them.. it’s one day.. and what are we really talking about guys? Spending some extra time making each other feel good about yourself and each other? 😉 (ahem men) And ladies, let’s not over-stress our guys out and help initiate whatever we want on this day if you don’t already. A relationship is team work and a partnership. You don’t realize how these feel good moments actually help enhance every other part of your life (work, social etc). There is data that backs it up. 😜 Happy Valentine’s Day everyone! 💕 #Love #FeelGood #senfizdalewedding

Their wedding ceremony took place in the luxurious Hotel Del Coronado located in San Diego of California. At their wedding, many renowned NBA stars were invited such as Dwyane Wade with Gabrielle Union, Heat’s coach Erik Spoelstra guests the ceremony.

One of the main attractions in their wedding ceremony featured a traditional henna party. She is the second wife of David which doesn’t create any difference in their relationship.

The couple hasn’t decided on being a parent in recent times despite being married. Currently, the couple lived together without any internal disputes. Natasha is still together with her husband and happy with her marital status.

The couple was regularly spotted spending time in some of the luxurious and romantic places.

Previously, her husband David was married to his first wife whose detail is kept secret. But from their relationship, the former husband and wife were blessed with a son. The former couple maintains a mutual understanding for the better future of their son.

How much Net Worth Natasha Sen shared with Her Husband?

Natasha Sen came into the limelight being the wife of famous NBA coach David Fizdale but she is the CEO of “The Creative Penny.”From her work, she has been earning a decent amount of money from her professional career.

According to authorized sources, Natasha Sen has shared net worth of over $20 million as of 2022 along with her husband. On the other hand, her husband is a popular NBA coach David Fizdale who signed a four-year agreement worth $10.2 million with the Grizzlies back in 2016 as a head coach

From his professional career in the first two seasons, he earned about $2 million and $3 million in his third year respectively. After that, his income rose in the fourth year to $3.25 million because of his hard work & the better performance of his team.

Natasha with her husband seems to have a massive fortune as they are spotted in different luxurious places, spending their free time. She posted about her husband giving a surprise on their anniversary with the caption:

” My husband decided to surprise me with a little tour of our city before an amazingly yummy dinner for our anniversary.”

Also, she is the owner of one of the luxurious cars. Surely, she is living a luxurious life from her earnings.

Natasha stands at 5 feet 4 inches tall and her body weighs around 56 Kg. She has body measures at 33-26-32 inches respectively. Her shoe size is 7 US.

She has dark brown eyes color with her hair color is black.

Who is Natasha Sen?