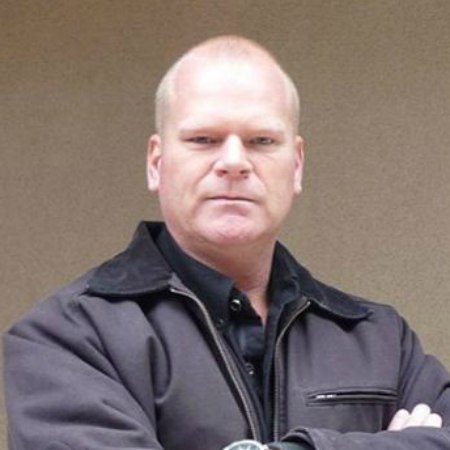 Mike Holmes is famous as a Canadian investor, television host, and philanthropist. In addition, he is also a judge on HGTV’s show, Handyman Superstar Challenge and All American Handyman with Scott McGillivray.

He won Gemini Awards: Viewers Choice Award in the year 2004. He was also awarded an Honorary Directorate of Technology on 21st February 2008, from the British Columbia Institute of Technology.

What is Mike Holmes Birth Name?

Mike Holmes was born as Michael James Holmes on 3rd August 1963, in Halton Hills, Canada to Jim Holmes (father) and Shirley Holmes (mother). As of 2019, he is 56 years old and his birth sign is Leo. His father was also a craftsman who inspired Mike to invoke his creativity.

However, his both parents are dead. He has an older sister and a younger brother while their names are still missing. Mike is of Canadian nationality and belongs to white ethnicity.

Mike attended East York Collegiate Institute. He was good in school classes such as shop and auto mechanics, citing such classes as part of what enticed him into skilled trades.

Net Worth and salary of Mike Holmes

Mike Holmes has earned a massive amount of sum through his professional career. However, his actual salary is not disclosed in the open space. Mike has an estimated net worth of around $30 million at present with he earns from home improvement contractor and television show host.

Moreover, Mike has also published books like Make It Right: Kitchens and Bathrooms, The Holmes Inspection: Everything You Need to Know Before You Buy Or Sell Your Home, and much more. With such kind of earning, he is living a luxurious and lavish lifestyle with his family.

Who is Mike Holmes Dating after a divorce from his wife Alexandra Lorex?

Moving towards his personal life, Mike Holmes was previously married to Alexandra Lorex, at an early age. He married Alexandra when he was 19 years old in the year 1982. The couple has three children from the marriage, Sherry Holmes, Amanda Holmes, and Mike Holmes Jr. Later, they divorced because the relationship did not work out properly.

Talking about his body physique, Mike stands at a height of 6 feet 1 inch and weighs around 83 kg. Furthermore, his hair color is blonde and his eyes are hazel blue in color.