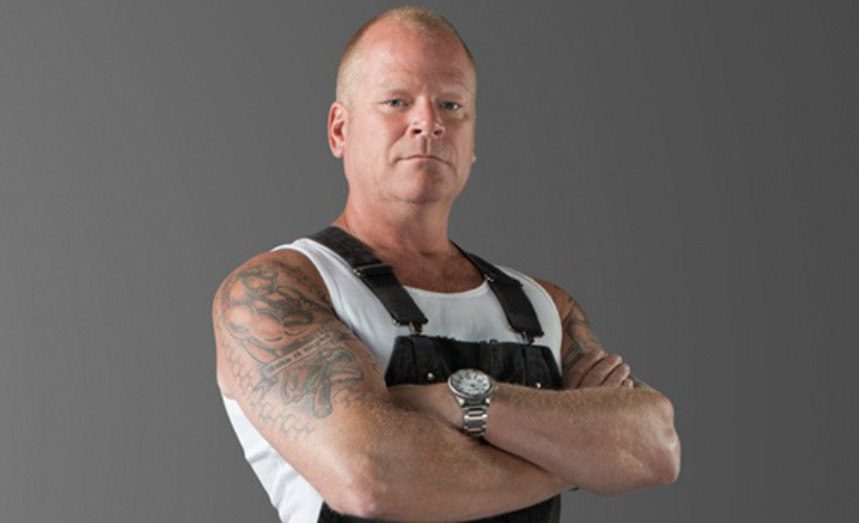 After a Divorce from Wife Alexandra Lorex, Who is TV Personality’ Mike Holmes Married?

Mike Holmes is famous as a Canadian businessman who has made a name for himself in the field of construction and building. He came to the media spotlight in the year 2003 when he began the TV show, Holmes on Homes, a home improvement show on HGTV where he tries to rescue homeowners in Canada from bad renovations.

In the year 2010, Mike was named as the second most trusted person in Canada. Currently, he is running some shows including Holmes Inspection, Holmes Makes It Right, and Best of Holmes on Homes. Also, he can be seen on HGTV’s show Handyman Superstar Challenge and All American Handyman where he serves as a judge.

Mike Holmes fell in love with his childhood love, Alexandra Lorex. He met Alexandra in his teens. Later, they married in the year 1982. Mike was just 19 years old at that time. They gave birth to three kids and went on blissfully until the 1990s when a terrible recession hit Canada.

Mike lost a lot of his businesses and properties and it wasn’t long before the financial difficulty he began to put a strain on his marriage life. During the same period, Mike lost both parents in quick successions, thus compounding his problems, they divorced when Mike was in his thirties. Mike had to give up on his married life and he separated from his children as well. Since that divorce, he has never been married again.

How many Kids Did Mike Holmes share with his Ex-wife Alexandra Lorex?

Mike Holmes married his childhood sweetheart Alexandra Lorex in the year 1982 when he was just 19 years old. After four years of marriage, Alexandra gave birth to the couple’s first child and Mike became the father of a baby daughter, Amanda. Later, they conceived two more children: daughter Sherry and son Mike Jr.

His decade-long marriage with Alexandra ended up in divorce when he was 30. As of now, the children often appear and work on their father’s television show, Holmes Makes It Right.

Mike Holmes’s Relationship with Anna Zappia started in 2000, Are they still Living Together?

Mike Holmes found another beautiful lady in the year 2000. He is in a romantic relationship with his girlfriend, Anna Zapia for nineteen long years. He has attended many red carpet events with Anna by his side including the 2014 Baeumler Family Foundation. However, there is not much information about Anna but it is a fact that she is also Canadian. Currently, the couple is in a living together relationship and has no children together from their more than one decade-long relationship.

Though Mike Holmes hints that he is getting married to his longtime lover, all of his fans are waiting for the good news. They are living happily together till today’s date and there are no rumors of their separation. It looks like the couple has accepted the children from his previous wedding as their own kids which may be the reason that they are not inviting any newborn member to the family.