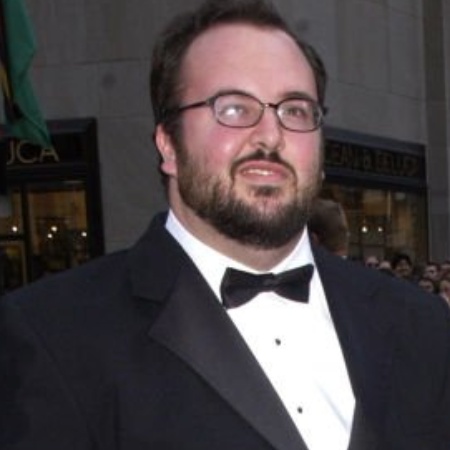 Businessman and entrepreneur Michael Stone came into the spotlight as the ex-husband of the American actress, game host, and author Mayim Bialik.

Where is Micheal Stone from?

Michael Stone was born to this world in the year 1972 in California in the United States of America. This makes him 50 years old as of 2022. Michael’s mother is a homemaker.

Michael holds American nationality and belongs to white ethnic background. Likewise, he has strong faith and belief in the Christian religion. Michael completed his education and graduated from the University of California.

Is Michael Stone a Single?

How did Michael Stone meet his ex-wife?

The name of their ex-wife of Michael is Mayim Bialik. In a graduate-level calculus class at UCLA Stone met his ex-wife Bialik for the first time. After that, they started dating each other. In the early phase of their relationship, Bialik told Stone about her commitment to Judaism. Mayim wrote on Kveller:

“It was on our first date that I told my gentile friend Mike that I could only marry a Jew, So I guess he wasn’t technically my boyfriend yet. He was just my longtime racquetball partner and calculus buddy. And I guess it also wasn’t really the first date, because if he didn’t want to do what he did from that day on, it would’ve just been a really awkward night, which two friends would have had to pretend hadn’t happened when they played racquetball the next morning.”

After dating Mayim for 5 years Michael changed his religion to Judaism. Michael’s family supported his decision of converting to Judaism and he happily left the church. In the year 2003, Michael and Bialik tied their marriage knot by following a Jewish ceremony in Pasadena, California.

After tying their marriage knot on August 31 of 2003, Bialik filed a divorce case against her husband Stone after nine years of their marriage November of the year 2012. The reason she mentioned filing a divorce was irreconcilable differences with her husband Michael. The couple divorced each other in the year 2013. They decide to co-parent their sons together. After their divorce, Bialik wrote:

“Divorce is terribly sad, painful, and incomprehensible for children, The main priority for us now is to make the transition to two loving homes as smooth and painless as possible. Our sons deserve parents committed to their growth and health and that’s what we are focusing on.”

During the quarantine during the 2020 pandemic, they were busy co-parenting their sons.

How many children does Michael Stone have?

How much is Micheal Stone’s Net Worth?

As of 2022, Michael has an estimated net worth of around $2.5 million. He is a millionaire and is very happy with his profession as well. He collects million of amount from his successful long-term career as an American Businessman and entrepreneur. Similarly, the average salary of a businessman is in the range of around $23,808 to $635,102 in the United States. Stone might be earning in the same range.

On the other hand, his ex-wife, Mayim Bialik has an estimated net worth of around $25 million. She has collected a large amount of money from the popular show The Big Bang Theory. Mayim was earning $200,000 per episode after joining the TBBT in the middle seasons. Per season she was taking $4.5 million. Apart from TBBT, she has gathered a hefty sum of money by playing various roles in different movies and shows.

When did Mayim Bialik have a car accident?

On August 15 of the year 2012, Bialik revealed on her blog that she had a horrible accident. Mayim was hurt on her left hand and thumb due to the car crash. She was taken to the Los Angeles hospital for treatment after her white Volvo car crashed near the intersection of Hollywood Boulevard and LaBrea Avenue.

What is Michael Stone’s Height?

Michael stands at a height of 5 feet 8 inches tall. He has an average body weight of 80 kg. Likewise, he has brown color eyes and brown color hair. Michael’s body measurements are 42-34-38 inches.

What is the nationality of Michael Stone?

How much is Micheal Stone’s Net Worth?

Michael has an estimated net worth of around $2.5 million.

What is Michael Stone’s Height?

Michael stands at a height of 5 feet 8 inches tall.

What is Michael Stone famous for?

Michael Stone is famous as the ex-husband of the American actress, game host, and author Mayim Bialik.