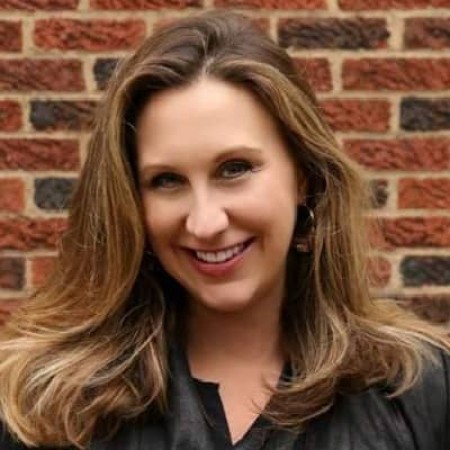 American producer Meredith Seacrest is well-known for The Buried Life and Live with Kelly and Ryan. Also, she is popular as the sister of an American media personality and producer Ryan  Seacrest.

Where was Meredith Seacrest born?

On October 25, 1980, Meredith Seacrest was born in the United States of America. Her full name is Meredith Marie Seacrest. As of now, she is 41 years old. She was born under the sun sign of  Taurus. Every year, Meredith celebrates her birthday on October 25. Her father’s name is Gary Lee Seacrest whereas her mother’s name is Constance Marie Zullinger. By profession, her father is a real estate lawyer. Similarly, her mother is a homemaker.

She has a brother named, Ryan Seacrest. Her brother, Ryan is an American media personality and producer. Also, she has a grandfather named, Gene Skeen who was a major general in the US Army. As per nationality, she holds American citizenship while she belongs to white ethnic background. Similarly, she follows the Christian religion.

Where did Meredith Seacrest graduate from?

Meredith Seacrest joined Holly Innocents’ Episcopal School in Sandy Springs, Georgia. Later, she graduated from Grady College of Journalism and Mass Communication in the year 2003. She joined the University of Georgia in Athens, Georgia.

Who is the husband of Meredith Seacrest?

Meredith Seacrest is a happily married man. She has got married to her lover Jimmy Leach. Her husband is a senior executive and vice president at TOMS Shoes. They planned to exchange their wedding vows in front of their family, friends, and relatives. Finally, they tied their wedding knot in the year 2016.

As of now, Meredith and Jimmy are living a very happy and lavish life sharing each other happiness and sorrow.

Does Meredith Seacrest have a Child?

Yes, Meredith Seacrest has a daughter named, Flora Marie Leach with her husband Jimmy. Flora was born on December 10, 2018, in Nashville, Tennessee. As of now, her daughter is 3 years old.

Ryan Seacrest announced to the world live on television that his sister was pregnant in June 2018. Ryan told the viewers,

“Before we do anything else, I’ve kept a secret and I’m nervous. Do you know how hard it is to keep a secret?… My sister called me and said ‘Can you sit down?’ and I said ‘Yes, is everything OK?’ And she said ‘I’m pregnant!’” He added that because he comes from a small family, “everything that happens in our family is a huge deal.”

What is the Net Worth of Meredith Seacrest?

Meredith Seacrest has an estimated net worth of $4 million as of 2022. This includes all her savings, assets, money, and bank balance. She is very happy with the money she is earning in her career. Meredith is able to collect this decent sum of money from her long-term career as an American producer.

Similarly, her brother Ryan Seacrest has gained a hefty sum of money from his professional career.  According to celebrity net worth, he has an estimated net worth of around $450 Million. Similarly, his annual salary is around $5 Million.

How tall is Meredith Seacrest?

Meredith stands at a good height of around 5 feet 6 inches tall. Similarly, her total body weight according to her body weight is around 56 kg. She has a beautiful pair of brown color eyes with black color hair.