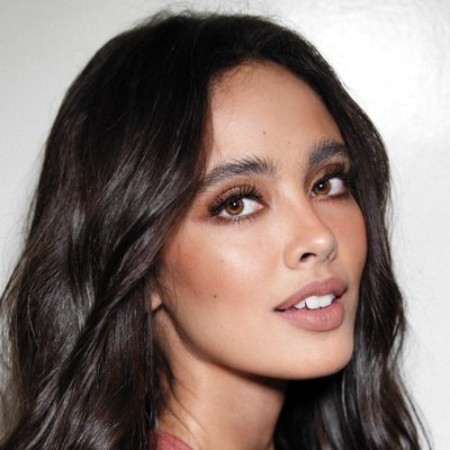 How old is Megan Young?

Megan Young on the 27th of February 1990 in Alexandria, Virginia, United States. Megan Lynne Talde Young-Daez is her full birth name. Currently, she is 32 years old, By birth her sun sign is Pisces. Calvin Young is the name of her father. Whereas her mother’s name is Victoria Young. She grew up in a loving and friendly environment with her four siblings. Lauren Young, Aiden Young, Calvin C Young IV, and Victor Young are the name of her four siblings.

Her younger sister Lauren is a famous actress and model by profession. When Megan was ten years old she moved to Castillejos, Zambales. Paula Saracanlao Barrientos is the name of her grandmother. By nationality, Meganne holds American and Philippine citizenship and is of mixed ethnic background. Similarly, she follows the Christianity religion.

Where did Megan Young go to College?

Young attended Regional Science High School III in Subic Bay FreeportZone from the year 2002 to 2005. She has also studied at the Overseas School of Colombo. After that, she enrolled at Guildford School of Acting. Megan also went to the Trinity University of Asia. Later, she began studying filmmaking at De La Salle-College of Saint Benilde. In addition, she has enrolled at CityVarsity.

Who is Megan Young married to?

32-year-old, Megan is a happily married woman. She got married to her long-term boyfriend Mikael Daez. By profession, her husband is an advertising model, actor, news anchor, and vlogger as well. The love bird began dating each other in the year 2011. After six years of their relationship, the pair publicly announced their relationship in an interview with Pep.

Megan and Mikael decided to take their relationship to the next step and tied their marriage knot after dating for over nine years. On January 10, 2020, the pair exchanges their marriage vows. As of now, the couple is enjoying their happily married life.

Who did Megan Young previously date?

Megan began dating guys from the age of sixteen. But the information regarding her first boyfriend is missing from the social media sites. In the year 2009, Young was in a romantic relationship with Nico Salva. By profession, he is a professional basketball star.

Both of them dated each other for only around 4 months. After that, they broke up with each other. She was also in a relationship with Ben Barnes as well.

Does Megan Young have a child?

Megan along with her husband Daez revealed the reasons why they opted to postpone having a family. Both of them said that they want to enjoy their lives as a married couple. They are giving more focus to their professional career.

What is Megan Young’s Net Worth?

As of 2022, Megan has an estimated net worth of around $3.5 million. She is a millionaire. This income includes her all property and assets as well. The main source of her income is from her successful long-term career as a Filipino-American actress, model, television presenter, and beauty queen. Besides this, Young gets a good sum of money from the ads and sponsors as well.

In the United States, the average salary of an actress is around $218k. Similarly, young might be earning in the same range. In a very short period of time, Megan became successful in making her name in the public. As of now, she is living a happy life with her family members. Very soon her net worth and annual salary will surely rise up.

Megan won the Miss World Philippines 2013 title. She was crowned Miss World 2013. In addition, she is the first Filipina to win the title of Miss World.

How Tall is Megan Young?

Young has got a good height of 5 feet 7 inches tall. Similarly, her body weight is around 55 kg. She wears a shoe size of 9 US. Megan has beautiful pair of dark brown color eyes with the same color hair.