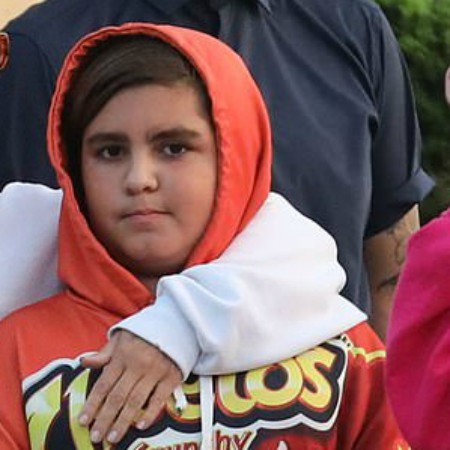 Who is Mason Disick? What’s His Net Worth as of 2022? His Bio, Parents

How old is Mason Disick?

The 11-years-old celebrity son Mason Disick born on December 14, 2009, in Los Angeles, California, USA. He is the celebrity son of the parents of Kourtney Kardashian and Scott Disick. Also, he has two siblings a sister Penelope Disick and a brother Reign Disick.

Mason has a mixed ethnicity ( English, Scottish, Irish, German, and Dutch), having American nationality. Also, he is a nephew of Khloe Kardashian and Kim Kardashian. He is currently studying in school, living under the care of his parents.

His parents never got married but were only involved in a romantic relationship. Mason’s parents Disick and Kardashian started dating in the year 2006. From their relationship, the duo became the parents of three kids. Then male model Michael Girgenti reportedly filed a paternity lawsuit against Kardashian, claiming that he was the father of her son Mason, not Disick in the year 2013.

Then his mother Kim immediately refuted the allegations and had Disick take a paternity test to dismiss any speculation as to who fathered her children. But the test result revealed that Disick is the father of both Mason and Penelope. His parents have been involved in an on-again, and off-again relationship. But his parents finally ended in a good term in July 2015.

The celebrity son Mason Disick has been living lavishly being celebrity kids. Also, he has been earning money by featuring in tv series. According to reports, Mason Disick has an estimated net worth of $500 thousand as of 2022. But he is living a luxurious life under the care of his parents.

His mother Kourtney earned $4.5 million per season for her part on “Keeping Up with the Kardashians”. Also, she has been earning money from Instagram endorsement deals up to $250,000 per sponsored post. His mother Kourtney bought $8.5 million to acquire NFL star Keyshawn Johnson’s home in Calabasas in 2014.

Related Posts of Who is Mason Disick? What’s His Net Worth as of 2022? His Bio, Parents