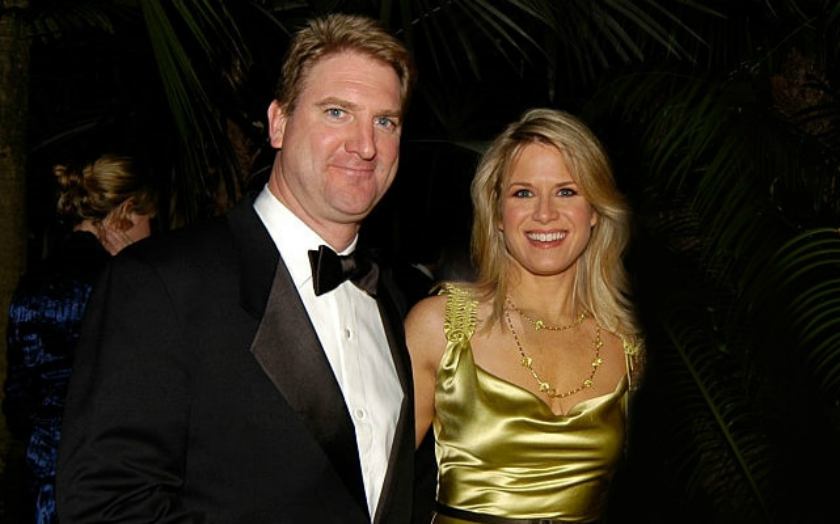 Martha MacCallum is an American news anchor who is currently working as the news anchor of Fox News. Previously, she served as a regular contributor to the various Fox News Channels network like The Live Desk with Trace Gallagher, America’s Newsroom, and so on.

Is Martha MacCallum Married? Who is Her Husband?

Yes! the news anchor & host, Martha MacCallum is still married to Daniel John Gregory. She tied the wedding knot the Vice President of Gregory Packaging Incorporation back on 22nd August 1992 after being in a relationship for a long time.

Being married for 26 whole years and parenting three children together, Martha and her long-term husband Daniel John Gregory were, surprisingly, surrounded by divorce rumors a couple of months back.

Is Martha MacCallum Getting Divorced for Husband?

Throughout their marriage span, the couple is rumored several times of getting separated and divorced. In one of the articles, there was a picture that was titled, Martha and her family get dressed up to celebrate which included everyone expects her husband, Daniel.

That picture questioned many of fans whether the couple was still together. Further, Martha was again seen with a ring on her finger which confused the fans. However, all rumors turned out to be false by looking at her twitter account. In Martha’s twitter account bio, she has clearly mentioned:

It proves that the couple is still living happily together and they have managed to stay together despite many ups and downs. She has never involved in any rumor of affairs in her career to date. Currently, they are enjoying their married life and living elegantly.

Martha is currently living in Ridgewood, New Jersey with her family. The family of Maccallum and Daniel consist of three children. The couple welcomed their first child as a son named Harry MacCallum Gregory.

In the year 1997, the couple was once again blessed with the second child, a baby girl Elizabeth Bowes Gregory. Again they gave birth to their third child, daughter Edward Reed Gregory in 2002.

Their daughter Elizabeth is following her mother’s footsteps as she is working in politics. She completed her education at Villanova majoring in political science in the year 2018. Martha loves her family and likes to spend her time together.

The couple both are job holders and have to give their maximum time in their work, but they have always managed to give time to their family and children.

Her husband, Daniel John Gregory is the famous business icon who currently serves as the position of Vice President of Gregory Packaging Incorporation. He was born in the year 1963 in Upper Montclair, New Jersey to Edward R Gregory (father).

His father is the retired founder and President of Gregory Packaging Incorporation. Daniel holds an American nationality and belongs to a white ethnical background.

He joined Father Judge High School and later, joined the Villanova University and graduated in the field of Business. During his school’s days, he played several sports including soccer, hockey, track & field, other many more.

Where is Martha MacCallum today?

Martha is currently serving as the anchor of The Story With Martha MacCallum (weeknights 7 PM/ET). She joined FOX News Channel (FNC) in January 2004 which is based in New York. The show was created as a replacement for Tucker Carlson Tonight, as it took the time slot of The Kelly File after Megyn Kelly left the network for NBC.

Martha MacCallum has a membership with such lists: 1964 births, People from Bergen County, New Jersey, and American Roman Catholics.