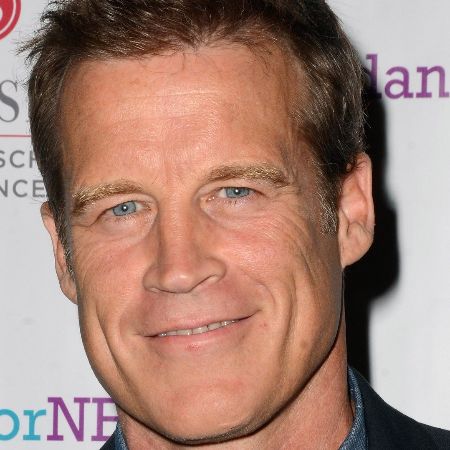 Where is Mark Valley from?

Mark Valley opened his eyes to this beautiful world on  December 24, 1964. He was born in Ogdensburg, New York, United States of America. As of 2023, he is 59 years old and his zodiac sign is Capricorn. Usually, he celebrates his birth on the 24th of December, and also his birthday falls on Christmas Eve. By birth, his full name is Mark Thomas Valley.

Mark’s father’s name is Michael Valley and his mother’s name is Martha Valley. Similarly, he grew up with his other three siblings. His sisters’ names are Jennifer Valley, Lynne Valley, and Marnie Valley. By profession, Jennifer and Lynne are actresses. His paternal and maternal grandparents’ names are Lionel H. “Leo” Valley, Margaret S. Mallette, and Margaret S. (Mallette) Valley.

Similarly, he holds American citizenship as a nationality and belongs to a mixed (French-Canadian, Irish) ethnic background. Moreover, he follows Christianity as a religion.

Did Mark Valley go to College?

Mark completed his graduation from the United States Military Academy. He graduated with a Bachelor of Science degree in Mathematics and Engineering in 1987.

Does Mark Valley have a Wife?

Mark is an unmarried man. However, he was previously married to Anna Torv. Mark and Anna started dating in the year 2007. They tied their wedding knot in December 2008. After one year of marriage in 2010, the couple got separated. After his divorce from his wife, he is currently single.

Who is Mark Valley’s ex-wife?

Anna Torv is Mark Valley’s ex-wife. By profession, Anna is an Australian actress. She began her acting career in 2002. She is famous for her role as FBI agent Olivia Dunham on the Fox science-fiction series Fringe (2008–2013). Similarly, Anna was nominated for a Critics’ Choice Television Award for Best Actress in a Drama Series and won four Saturn Awards for Best Actress on Television.

Also, she played Wendy Carr in the Netflix crime thriller series Mindhunter. Some of her films and television series are Travelling Light, The Book of Revelation, Force of Nature, White Collar Blue, Mistresses, and many more.

Is Mark Valley a Father?

How much is Mark Valley’s Net Worth?

Mark Valley’s net worth was estimated to be around $3 million. He earns this million amount from his primary source of income as an American Actor. According to some online resources, the average salary of an American Actor is $46,960 per year.

On the other hand, his ex-wife earns $6 million. According to some online resources, the average salary of an Australian Actress is $91,104 per year. Also, she must be earning the same amount of salary as her acting career.

How tall is Mark Valley?

Mark stands at the height of 5 feet 11 inches tall and his body weight is 75 kg. Similarly, he has an alluring pair of dark brown eyes and his hair is black in color.

Did Mark Valley serve in the military?

Yes, Mark served in the military. He was a member of the United States military team. He served from 1987 to 1992. Mark retired in the position of First lieutenant.

Yes, Mark Valley is related to Jennifer Valley. They are related through blood relations as Mark is the older brother of Jennifer.

Why did Boston Legal get canceled?

Boston Legal got canceled because of declining Legal ratings over the years, with the most recent season averaging 9.8 million viewers and ABC declared that season five would be the final one.