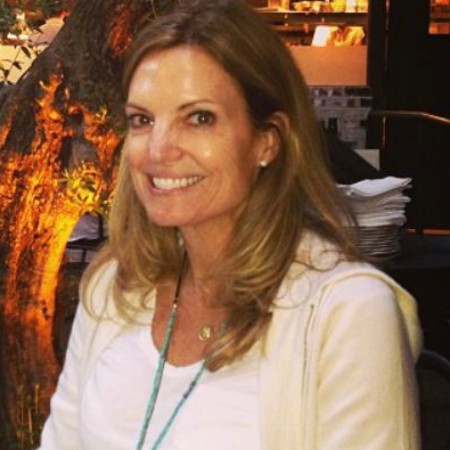 Margot Kerr is famous as the wife of Steve Kerr, a basketball coach of Golden State Warriors since 2014.

Her husband  Steve is the winner of eight NBA Championships, three as the head coach of Warriors, and five as a player for Chicago Bulls (3) and San Antonio Spurs(2).

Margot Kerr was born in Tucson, Arizona, the USA in the year 1967 as Margot Brennan. Kerr is of 52 years as of 2019.  She is the daughter of mother  Karen Brennan, who was a poet and professor. Margot was raised with her three siblings – Rachel, Chris, and Geoff Brennan.

Who is Margot Kerr’s Sister?

But, her sister, Rachel had a motorcycle accident in August 1995 and lost her life. She holds an American nationality and belongs to white ethnicity. She completed her high schooling at Salpointe Catholic High School and graduated from the University of Arizona.

Is Margot Kerr still Married to Her Husband?

Margot Kerr is a happily married woman. She married her college sweetheart, husband Steve Kerr, in the year 1990. The couple first met in 1985, when both of them were sophomores at the University of Arizona. Moreover, they met through a blind date that was set up by Bruce Fraser, an assistant coach for the Golden State Warriors.

The couple dated for a long time and finally got married on 15th September 1990. Margot and Steve have three children together; the first child Nick Kerr who plays Division I basketball at the University of San Diego, and graduated with a degree in business administration.

Then, their second child, Maddy Kerr is also a volleyball player for Berkeley. Finally, their youngest son, Mathew Kerr graduated from high school in 2016. She resides in California with her husband and her children.

What is the Net Worth and Salary of Margot Kerr?

Margot shares the net worth of her husband Steve. The estimated net worth of this couple is around $18 million at present. Likewise, his current salary as the head coach of the Warriors is reported to be around $5 million. He made this entire earning from his career as a basketball coach.

The couple has also bought a $7.3 million mansion in San Francisco, California. He also owned $760,000 in Lake Forest in 1999. Without any doubts, Margot is spending a very happy and luxurious life