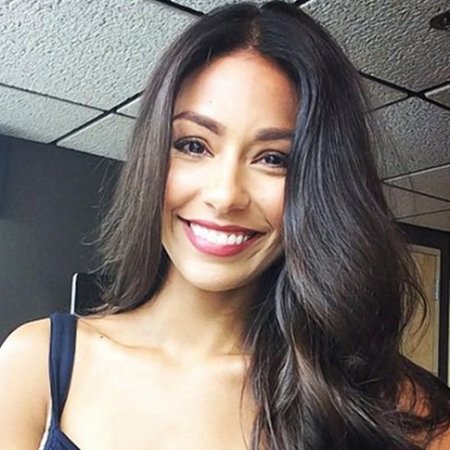 What is Manuela Arbeláez Salary? What’s Net Worth 2022? Age, Sibling

American model and actress, Manuela Arbeláez Correa is recognized for her work on the television game show The Price Is Right.

What is the Age of Manuela Arbeláez?

Manuela Arbeláez was born on 9th September 1988, in Medellín, Colombia. As of 2021, her age is 33 years old while her horoscope is Virgo. Her birthname is Manuela Arbeláez Correa. Her parents are Luis Carlos Arbeláez (father) and Gloria Correa (mother). The family moved to the United States in the year 2006 from Colombia and relocated to West New York, New Jersey.

Manuela holds an American nationality while she belongs to mixed ethnical background. She has not shared any information regarding her educational background but it is safe to say that she has completed her education at some prestigious college.

Manuela Arbeláez is happily married to her husband, Matthew Doherty. The couple met through their mutual friends at an event and eventually, they started to date. After several years of their dating, Matthew got on his knees in January 2017 and asked Manuela to marry him. Manuela accepted his romantic proposal, and the couple got engaged in Post Ranch Inn.

Later, they tied the wedding knot at a private wedding ceremony in Columbia. Their wedding ceremony was held on 17th February 2018, at the Hotel Charleston Santa Teresa in Cartagena, Columbia. Since the marriage, Manuela and Matthew are living a blissful life as there is not even a single rumor regarding their marriage.

Did Manuela Arbeláez have a baby?

After exactly a year of their marriage, Manuela announced on Instagram that she is expecting her first baby with her husband Matthew. On 9th August 2019, their daughter, Matilda Margaret Doherty landed on this earth and completed their family.

Both of them are very affectionate towards their daughter. They often feature their daughter on their respective Instagram account. Looking at the pictures, we can safely say that the family of three is living a happy life.

What is Manuela Arbeláez Salary?

Manuela Arbeláez is yet to share the exact details regarding her salary with the media. However, it is known that a model earns around $800 per day and earns around $100, 000 per year just for being on the show, The Price Is Right.

As Manuela is an experienced model, there is no doubt she might earn a salary more than average. To date, she has earned a considerable amount of salary from her career as an actress and model.

Net Worth of Manuela Arbeláez

Manuela Arbeláez has an estimated net worth of around $1 million as of 2022. She has been able to earn this amount through her career as an actress and model. Also, she adds some amount to her net worth through endorsements, advertisements, and sponsorships of several brands and companies.

Manuela is a hardworking lady, so there is no doubt her net worth will surely rise higher in the upcoming days. Currently, she lives a lavish and fulfilling lifestyle with her family members in the United States.

What happened to Amber on The Price is Right?

Amber Lancaster tripped and accidentally broke a light bulb stage light and smashed it to pieces on the set of the long-running TV game show, The Price is Right. The incident took place when the show was about to pause for a commercial break after a contestant won the Double Prices game.

It was an unlucky day for her. Later on the same day, she posted a short clip of her hilarious fall and wrote:

“Yep that’s me. Just stumbling around on stage for no reason at all #soembarrassed”

Is Manuela still on the Price Is Right?

Yes, Manuela is still on the show, the Price is Right. Since 2009, she is appearing as one of the current models on the show. In the year 2008, she became the top five finalists for the show.

Although she couldn’t reach the top spot with her warm smile and imposing physique, she impressed the producers of the show to be hired as a model. Since then, she appears on the regular team of five models.

How Tall is Manuela Arbeláez?

Manuela Arbeláez stands at a height of 5 feet 7 inches tall while her body weight is 54kg. She has a well-maintained body with a measurement of 34-23-36 inches. Manuela’s hair and eyes are dark brown in color.