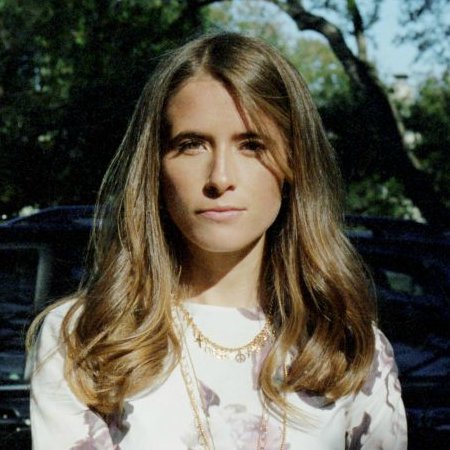 Who is Madison McKinley Isner? Her Bio, Net Worth 2022, Husband, Height

Madison McKinley Isner is an American jewelry designer as well as a businesswoman. However, she is widely famous as the wife of professional tennis player John Isner.

Madison McKinley Isner opened her eyes on 15th November 1992 in Dallas, Texas, the United States of America. As of 2019, her age is 27 years old while her horoscope is Scorpio. She is the daughter of Mark McKinley (father) and Karla McKinley (mother). Her mother is a former model as well as an art collector who is a breast cancer survivor.

Madison is very close to both her grandmothers, Helen McKinley and Diana D’Elia. She grew up with her two brothers, Charlie McKinley and Key McKinley. Madison holds an American nationality while she belongs to a mixed ethnical background.

She attended Parsons School of Design in New York to study Fashion and Apparel Design in the year 2011. Later, she was transferred to the University of Texas at Austin and from there she graduated with a bachelor’s degree in Fine Arts in the year 2014.

Who is Madison McKinley Isner’s Husband?

Madison McKinley Isner’s husband, John Isner is an American professional tennis player who has been ranked as high as No 8 in men’s singles by the Association of Tennis Professionals (ATP). Further, he is considered one of the best servers ever to play on the ATP World Tour. He achieved his career-high singles ranking in July 2018 by virtue of his maiden Masters 1000 crown at the 2018 Miami Open and a semifinals appearance at the 2018 Wimbledon Championships.

Moreover, John has also twice reached the quarterfinals at the US Open in 2011 and 2018, the latter of which helped qualify him for his first ATP Finals appearance later that year. Currently, he has the second-most aces in the history of the ATP World Tour, having served 11,944 aces.

At the 2010 Wimbledon Championships, John played the longest tennis match in his career history, defeating Nicolas Mahut in a total of 11 hours and 5 minutes, played over the course of three days.

Her husband, John Isner has an estimated net worth of around $14 million as of 2022 which he earned through his career as a tennis player.

Madison McKinley Isner is happily married to her husband, John Isner since 4th December 2017, in a country-themed wedding in Montage Palmetto Bluff, South Carolina. They first met at a pub in the year 2011, and Madison was immediately smitten by john.

After that, they started their relationship and finally engaged on 25th June 2017. On 15th September 2018, they welcomed their baby girl Hunter Grace Isner. As of now, the entire Isner family is living a happy as well as a peaceful life together.

Related Posts of Who is Madison McKinley Isner? Her Bio, Net Worth 2022, Husband, Height