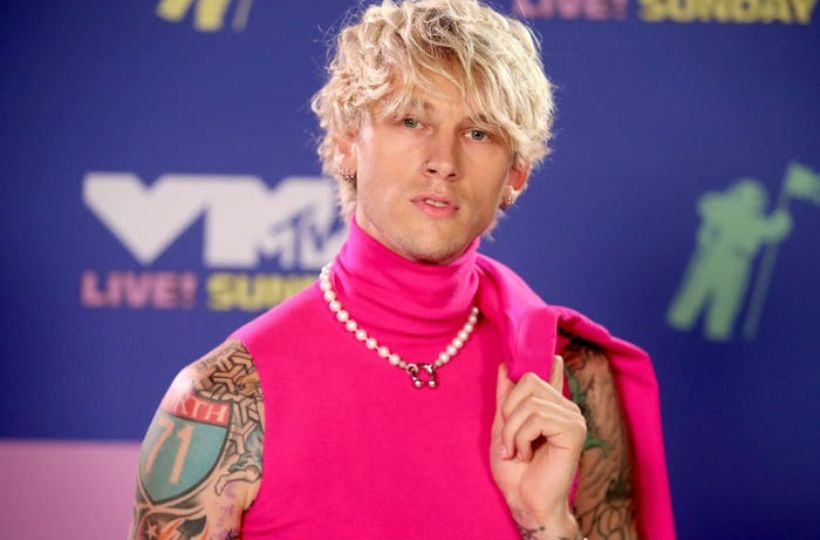 American musician, Machine Gun Kelly received the media spotlight for his unique style and musical abilities. Some of his hit studio albums are Lace-Up, General Admission, Bloom, Hotel Diablo, and so on.

He has been romantically linked to a handful of stars to date. Let’s find out his current girlfriend, children, past relationships, family, and other many interesting facts below:

Who is Machine Gun Kelly’s Girlfriend?

Machine Gun Kelly is in a romantic relationship with his lovely girlfriend, Megan Fox. They have been dating each other since 2020. His girlfriend, Megan is a famous American actress and model. She opened her eyes on 16th May 1986, in Oak Ridge, Tennessee, the United States of America. Some of her notable works in movies and TV shows are Holiday in the Sun, Robot Chicken, Boss Girl, etc.

Megan started her modeling career at the age of 13 and since then, she has been dynamic in her career. Apart from her professional life, she is also a perfect pair for her boyfriend, Machine. They have a special bond with one another as they live blissful life together.

Are Machine Gun Kelly and Megan Fox still together?

Yes, Machine and his girlfriend, Megan Fox are still together. They met for the first time at the set of Midnight in the Switchgrass in Puerto Rico. After that, they eventually started to date each other and they have been flaunting their newfound romance lately.

Their relationship is going smoothly at the moment as they have not been a part of any kind of rumors or controversies regarding their love life. The couple often appears together at several public programs and functions as boyfriend and girlfriend.

Past Relationships of Machine Gun Kelly

Kelly was also involved with an American model, Chantel Jeffries in July 2019. Like his other relationship, it did not last long. He was linked with other female celebrities like Emma Cannon, Kate Beckinsale, Noah Cyrus, and Sommer Ray.

Does Machine Gun Kelly have a child?

He is no longer in a relationship with Emma but he has a friendly relation with her for the sake of his daughter. Though the father and daughter don’t appear in public photos together, their strong bond is apparent.

Why does Machine Gun Kelly have a 71 tattoo?

Kelly has tattooed a 71 tattoo on his right bicep. When he was asked about that tattoo at some interviews, he stated:

Kelly was born to missionary parents but he has never mentioned his parents’ name publicly with any media. When he was a kid, his mother left the home and his father became a victim of depression. Kelly settled in Denver with his father.

He attended Hamilton Middle School in Denver, Colorado. After completed his schooling, he attended Shaker Heights High School in Shaker Heights, Ohio. Later, he dropped out and began to make a name for himself.