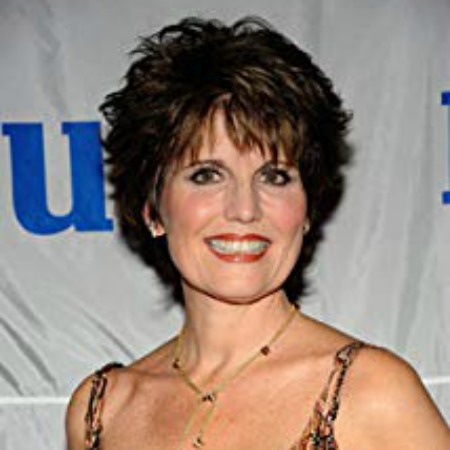 Lucie Arnaz is an American actress, singer, and producer who is famous for the television series The Lucy Show which later turned to Here’s Lucy.

Lucie Arnaz was born Lucie Desiree Arnaz on 17th July 1951, in Hollywood, Los Angeles, California, the United States of America. As of 2020, she is 69 years old and her horoscope is Cancer. She is the daughter of Desi Arnaz (father) and Lucille Ball (mother). She has a brother, Desi Arnaz Jr who is an actor and musician.

Later, Lucie attended St. Vincent Ferrer School along with her brother. From her very childhood, she has had a great interest in acting and music and she also used to participate in musical programs during her student life.

Who is Lucie Arnaz Husband? Children

Lucie Arnaz has been married twice. In the year 1971, she married actor Phil Vandervort. She separated from him after living in relation to six years in 1977. However, the reason for their separation is still missing from the media. After that, she married actor-writer Laurence Luckinbill on 22nd June 1980.

They share three children together: Joseph, Simon, and Katharine Luckinbill. Also, she has two stepsons Nicholas and Benjamin.

Lucie is often spotted attending a public function with her husband and her children. Previously, she has been in relationships with Bill Cable (1975) and Burt Reynolds (1974 – 1975).

What is the Height of Lucie Arnaz?

Lucie Arnaz stands at a height is 5 feet 10 inches tall. She has maintained her body in perfect posture. Lucie has dark brown colored hair and her eyes are blue in color.

What is Lucie Arnaz’s Net Worth and Salary?

Lucie Arnaz has an estimated net worth of around $20 million as of 2022.

In the year 1978, she was featured as the lead role in an episode of Fantasy Island. Lucie made her continuous appearances in a number of popular television series such as Murder, She Wrote (1988), Who Gets the Friends? (1988), Abduction of Innocence: A Moment of Truth Movie (1996).

Her Career as Singer

Lucie made her Broadway debut in February 1979 in the musical They’re Playing Our Song. Also, she has managed her picture as a singer being starred in several musical projects and events.

She won a Primetime Emmy Award for her documentary Lucy and Desi: A Home Movie in the year 1993. Also, Lucie won a Theatre World Award and Los Angeles Drama Critics Circle Award for Best Actress in a Musical.