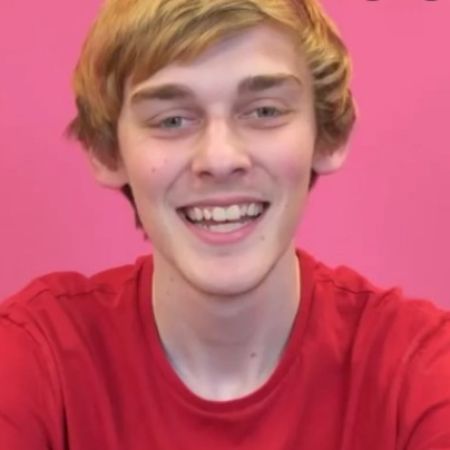 American YouTuber and social media influencer Logan Austin Thirtyacre is famous as the founder and owner of the SuperMarioLogan channel and franchise.

Who are Logan Thirtyacre’s Parents?

Logan Thirtyacre opened his eyes to this beautiful world on November 17, 1994, in Pensacola, Florida of the United States of America. This makes him 27 years old as of now. He celebrates his birthday on 17 November with his friends and family every year. Logan falls under the Scorpio sun sign.

The name of his father is Kelly Fay Thirtyacre and the name of his mother is Jennifer Thirtyacre. The name of his stepfather is Brain Grant. His biological father of Logan is a truck driver. Likewise, he has one brother and one sister as his siblings whose name is Haleigh Grant and Lance Thirtyacre. Logan holds the American nationality and belongs to British-Irish ethnic background. Similarly, he has faith in the Christian religion.

Logan did his graduation from J.M. Tate High School in Cantonment, Florida. He completed his study on June 4, 2013.

What happened between Logan Thirtyacre and Chilly Jimenez?

Logan and Chilly Jimenez were engaged to each other in the year 2018. Before getting into the marriage relationship they got splitter from each other on a very bad note. Logan came to know that her fiancee was cheating on him with a guy named Roy.

He even said that Chilly is a golddigger as well. After her break up with Chilly there was a controversy when Logan revealed that his ex-fiancee, Tito, and her sisters were pressurizing him for cheating on Chilly with Elaina.

However, they were not able to maintain their relationship smoothly for a long period of time. On February 18, 2021, the pairs revealed that they have broken up with each other. Logan even proved that he is back with the Chiily on a good term like before as well.

Are Logan Thirtyacre and Chilly Jimenez back together?

Lately, Logan and Chilly are back together again after the harsh controversy they went through. They are constantly posting pictures of one another on their Instagram account.

On Christmas Eve of 2021, the couple ensured that they were back jointly after almost a year of videos with them being close. Moreover, they are expecting a baby girl in the mid of the year 2022 with each other.

What is Logan Thirtyacre’s Net Worth?

As of 2022, Logan has an estimated net worth of around $1.5 million approximately. The main source of his income is his official YouTube channel. He uploads the video of parody and other content too. His videos gain lots of views and comments. Logan has other secondary youtube channels too. He constantly uploads videos on all his channels.

From his youtube career, he is making a very hefty sum of money for himself. The range of his earnings from his secondary youtube channels is $122 thousand to $2million. In the coming days, he will be earning a very good fortune for himself as his youtube is gaining and growing its subscribers day by day.

Which Car does Logan Thirtyacre own?

Logan owns a Lamborghini Aventador for himself. Besides, Lamborghini, Logan had Camaro also. But he sold his Camaro some time ago. Moreover, he is a second-partnered plush tuber.

Where is Logan Thirtyacre’s house?

Logan has a suburban one-story residence located in Cantonment, Florida of the United States of America. Logan has done most of the shooting of his videos in this house from the year 2007 to 2015. Since 2015 he has made minor appearances at this house. He lived in this house for at least 10 years before he settled himself in Ferry Pass, Florida.

Is Logan Thirtyacre expecting a baby with Chilly Jimenez?

Logan is expecting a mini Chiily with her fiancee Chilly. On Valentine’s day in the year 2022, he even revealed the name of their future daughter through his Instagram post. He wished Chilly a valentines day with the caption:

”Happy Valentine’s Day!! I love you so much @chillyjimenez I can’t wait for Lilly to be born!”

How tall is Logan Thirtyacre?

Logan stands at a height of 5 feet 10 inches tall. He has a bodyweight of 53 kgs. Likewise, he has blue-colored eyes and auburn hair.

What illness does Logan Thirtyacre have?

logan has suffered from many illnesses in his life. He has gone through unexpected surgeries as well. He has done surgery for gallbladder removal and kidney stones. Apart from these, he has suffered from the health problems like Superior Mesenteric Artery Syndrome, Spinal Meningitis, and West Nile Virus. Logan has also the fear of cancer, and carcinophobia arising due to all his existing illnesses.