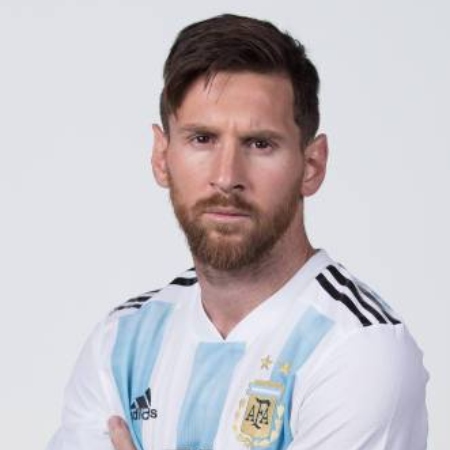 Argentine professional footballer, Lionel Messi is regarded as one of the best players in the world in football history.

Where is Lionel Messi from?

Lionel Messi is originally from Rosario, Argentina. He entered this world as Lionel Andrés Messi on 24th June 1987. As of 2021, he is 34 while his horoscope is Cancer. He is the son of Celia María Cuccittini (mother) and Jorge Messi (father). His father worked as a steel factory manager while his mother worked in a magnet manufacturing workshop. His maternal grandparents are Antonio Cuccittini and Celia Oliveira Cuccittini while his parental grandparents are Eusebio Messi and Rosa Maria Pérez.

He grew up with two brothers, Matias Messi and Rodrigo Messi while his sister is Maria Sol Messi who is a social media star. Both of his cousins Maximiliano and Emanuel Biancucchi are football players based in Argentina. At the age of 11 years old, he was diagnosed with a growth hormone deficiency. By nationality, Lionel is Argentine while he belongs to a mixed ethnical background (Spanish-Italian).

Where did Lionel Messi go to College?

Lionel finished his education at Escuela Primaria N° 66 “Gral. Las Heras” in Rosario, Argentina. After that, he went to attend some prestigious college but he is yet to share the actual information regarding his education with the media.

How much is Lionel Messi’s Net Worth & Salary?

Lionel Messi has an estimated net worth of around $600 million as of 2022. He has been able to earn this hefty amount through his successful football player as he earns around $75 million as his annual salary. Recently, he has signed a two years contract with Paris Saint-Germain that works out to $75 million per year before taxes, roughly around $40 million after taxes.

Besides, Messi earns a good amount through advertisements and sponsorships of fashion & sports brands and companies. Messi earns around $40 million every year from several endorsements. As a philanthropist, he a sum of €600,000 for the restoration of a children’s hospital. So, there is no doubt Messi lives a lavish and fulfilling lifestyle with his wife and other family members.

Lionel has bought various houses in several places of the world. Messi owns a lavish house in Miami which is a Porsche design condo tower. He bought another house in Barcelona for $7 million. Currently, he is residing at a luxurious mansion in Bellamar which he bought in 2009 at $1.7 million and he spent $6 million to renovate it. His lavish mansion features a swimming pool, a mini-garden, a playground, and an outdoor dining area.

Are Lionel Messi and his wife still together?

Yes, Lionel and his lovely wife, Antonella Roccuzzo are still together. They met each other for the first time in their hometown through a mutual friend, Lucas Scaglia. Antonelle is the cousin of Lucas. During their first met, Messi was just nine years old while his wife was less than that. The couple confirmed their romance publicly in January 2009 and since then, they have been inseparable.

After several years of being in a relationship with Roccuzzo, the couple finally exchanged the wedding vows on 30th June 2017 at Hotel City Center in Rosario. Antonella is Messi’s first love so there is no information regarding his past relationships and he is free of rumors ad controversies at the moment.

Does Lionel Messi have a Son?

Lionel has a special bond with all of his three sons as he can be often seen spending quality time with his sons. He puts them above anything and loves all of them to the dearest.

What is Lionel Messi’s Height?

Lionel stands at a height of 5 feet 7 inches tall while his body weight is 65kg. His biceps size, chest size, and waist size are 12 inches, 40 inches, and 32 inches respectively. Lionel’s hair and eyes are dark brown in color.

What is the profession of Lionel Messi?

Lionel is an Argentine professional footballer by profession.

Which player is best Messi or Ronaldo?

Both of them are equally qualified to be the best player.

Who has more trophies, Messi or Ronaldo?

Both of the player has the same trophy and are equally qualified.