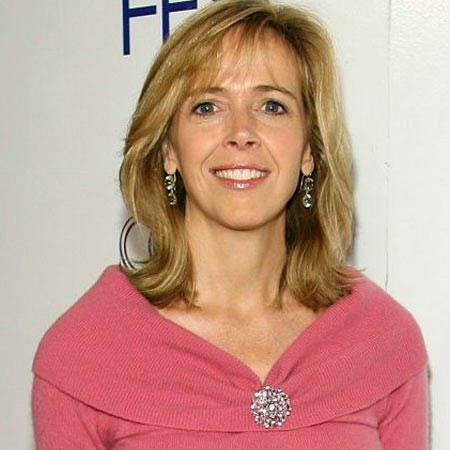 Linda Vester is an American television news journalist and blogger who was the former host of Dayside with Linda Vester on the Fox News Channel.

What is the age of Linda Vester?

Linda Vester was born Linda Joan Vester on 11th June 1965, in Cincinnati, Ohio, the United States of America. Currently, her age is 57 years old and her horoscope is Gemini. Linda is the daughter of Dorothy Vester (mother) and the late Dr. John Vester (father). She grew up with four siblings. Besides this, there is no information about her siblings, childhood, early life, etc. Linda holds an American nationality and belongs to white ethnical background.

She attended the University of Paris for one semester in 1985. After that in 1987, she graduated in Journalism from Boston University. Then, a year later in the year 1988, she was awarded a Fulbright Scholarship to study Arabic and Middle East affairs at the American University in Cairo, Egypt. Also, she learned to speak both the Arabic and French languages fluently.

Who is Linda Vester’s Husband? Children

Linda Vester is married to Glenn Greenberg since the year 2001. Her husband Glenn is the founder and MD of Brave Warrior Advisors- a privately owned investment advisory firm. The couple tied the wedding knot on 5th May 2001. The couple met on a blind date. Their friend Mr. Frigbourg suggested both of them saying that they should meet.

Since their marriage, they are spending their time happily with their four children ranging from ages 3 to 11. However, their children’s name is still missing from the media. Her husband, Glenn was married before, and he also has a child from his previous wife named Duncan Greenberg who lives with them currently.

What is Linda Vester’s Net Worth and Salary?

Linda Vester is a former anchor of Fox News Channel as she has earned a pretty good amount of money throughout her successful career as a journalist and blogger. She donated $10 million as of 2022 to Yale University to establish a teaching space.

In April 2018, Vester accused Tom Brokaw who is an American TV journalist, to have sexually harassed her when working for NBC in the mid-90s. She claims that Tom forcibly attempted to kiss her on two occasions. First, Brokaw fondles them with a negative attitude to her in an NBC conference room, and the second time, Tom arrived uninvited into her hotel room.

After ending her journalism career, Linda became a full-time blogger and founded a website Smart Mamas- a website established to inspire young mothers to raise their children and it also support them to manage their professional and personal endeavors. It also sells the necessary products for them. In addition, she regularly posts a motivational blog on it.

What is the nationality of Linda Vester?

How much is Linda Vester’s net worth?

Linda Vester earns a $10 million amount as net worth.

What were Linda Vester’s rumors and controversies?

Linda accused an American TV journalist Tom Brokaw of sexually harassing her in the mid-1990s while working for NBC. She claims Tom forced her to kiss her on two occasions. The first time, Brokaw fondles them with a negative attitude toward her in an NBC conference room, and the second time, Tom showed up uninvited in her hotel room.