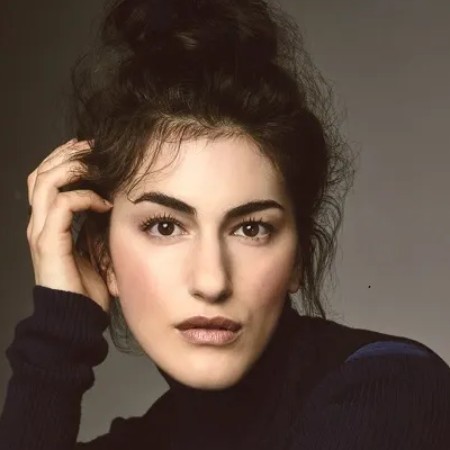 American actress and singer Lilli Kay rose to fame for her roles in Chambers (2019) and The Place of No Words (2019). Lilli is well-known for her portrayal as a Fla Baxter in the series Your Honour.

How old is Lilli Kay?

Lilli Kay opened her eyes to this beautiful world on 1993. She was born in Brooklyn, New York, United States of America. As of 2022, she is 29 years old. Her father’s name is Edward Telles and her mother’s name is Ana Maria Goldani.

Lilli grew up with her sister. Her sister’s name is Julia Goldani Telles. Her sister is an American actress and ballet dancer by profession.

As a nationality, she holds American citizenship while she belongs to white ethnic background. Likewise, she follows Christianity as a religion. Moreover, her ancestors are from Italy.

Where did Lilli Kay go to college?

Lilli completed her schooling at Wildwood School in California. Then later she enrolled at The Thacher School. After completing her school level, she graduated with a BFA in Acting and Drama at Carnegie Mellon University in Pittsburg, Pennsylvania in 2017. Also, she studied with Patrick Wilson, Holly Hunter, and Anne Bogart.

According to the social sites, there has been a rumor that the actress is not female. According to her Instagram bio, she uses the pronouns she or they. Also, she occasionally dresses in tuxedos, therefore some people assume that she is transsexual. She has denied it and told the reporters that she is a woman. Additionally, she supports the LGBTQ community.

Is Lilli Kay single or dating someone?

Lilli is currently single. She likes to keep her personal matters lowkey, so she hasn’t shared much about her information on her dating life. Similarly, she is not dating at the moment.

No, Lilli and Nicholas Galitzine aren’t dating each other. There is just a rumor that Lilli is in a relationship with him. Her rumored boyfriend is a British actor by profession who is known for his roles in High Strung.

Nicholas was Lilli’s co-star in Netflix’s horror series, Chambers. Their romance was initially sparked when she posted a photo of them on her Instagram profile in April 2019.

Who is Lilli Kay dated previously?

Lilli was in a relationship with Michael Stahlberg. Her ex-boyfriend was an American actor by profession. The rumors began after the couple posted a photo on social media. Nevertheless, they are close friends.

How much is Lilli Kay’s Net Worth?

Lilli Kay’s net worth is estimated to be around $1 million. According to some online resources, the average salary of an American actress is $100815, and a singer’s ranges from $42177 and $57587. Also, she must be earning the same amount from her acting and singing career.

How tall is Lilli Kay?

Lilli stands 5 feet 8 inches tall and her body weight is approximately 58 kg. Similarly, she has a body structure that measures 34-28-40 inches. Moreover, she wears a bra size of 34 Cup size C. Moreover, she has an alluring pair of brown eyes and her hair color is black-brown.