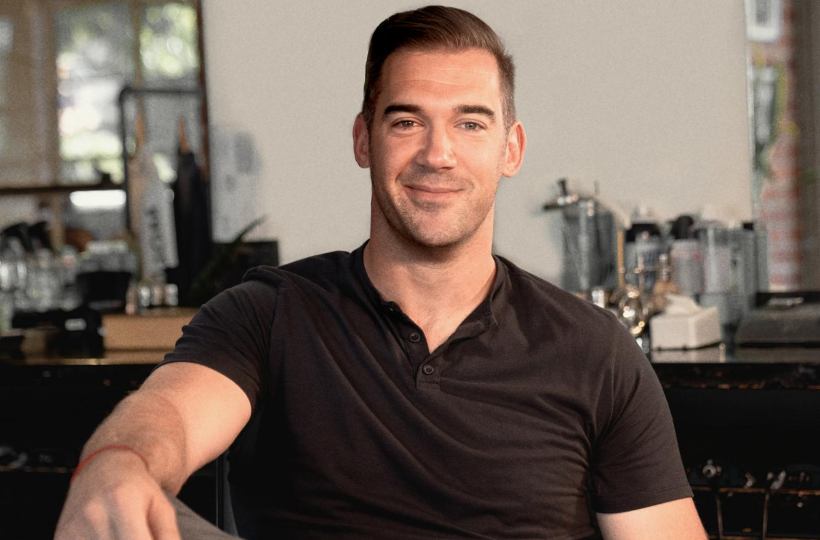 Former American football player, Lewis Howes is famous as the author of New York Times bestselling books, The School of Greatness and The Mask of Masculinity. Besides, Lewis is also an entrepreneur, business coach, and keynote speaker.

Not only his professional life is successful, but his personal life is also as successful as his career. Let’s find out more about his relationship status, family, and other many interesting facts below:

Is Lewis Howes Married or in a Relationship?

Lewis Howes is yet to be married but he is in a romantic relationship with his girlfriend, Yanet Garcia. They have been dating since the year 2019. After several of their meetings, Lewis felt special and different about her. He talked about his feeling on his podcast saying:

“Little did I know how magical this past year would be,”

Lewis feels grateful to have someone like Gracia, who inspired him to be a better man every day. Garcia moved in with him to the United States in December 2019. Lewis and Yanet are living a blissful life together. without any sign of divorce or separation.

Who is Lewis Howes Wife/Girlfriend?

Lewis’s girlfriend, Yanet is a former Mexican weather presenter and actress. She is also known as the World’s Hottest Weather Girl. Previously, she worked for Mexican television’s morning program, Hoy. As an actress, she has appeared in the Spanish comedy movie, Bellezonismo.

Past Relationships of Lewis Howes

Lewis was previously in a long-term relationship with Whitney Miller. Their relationship lasted for seven years old but they broke up in August 2019.

It was hard to overcome the breakup for him as he mentioned that he felt like drowning after the end of his relationship. He stated:

“There is a new adventure waiting for you and you can be happier, more fulfilled and experience more love than ever before.”

What happened to Lewis Howes?

Lewis battled with depression for a period of 18 months. When he was 5 years old, he was raped by his babysitter’s son who is a man but his identity is not disclosed.

How many books has Lewis Howes written?

Lewis is an author who has written three books to date. His books are The Mask of Masculinity, LinkedWorking, and The School of Greatness.

Who are Lewis Howes’s parents?

Lewis was born to his mother, Diana Howes while he is yet to disclose his father’s identity. His parents tied the wedding knot at the age of 19 years old and they settled a middle-class life.

What College did Lewis Howes go to?

Lewis attended Principia College in Elsah, Illinois in the year 2001 and graduated with a degree in 2005. During his college days, he participated in many sports competitions and won several awards.