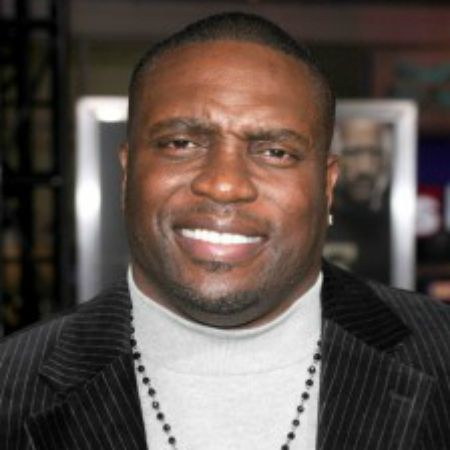 Who is Lester Speight? Check out his Biography along with Personal Life

Lester Speight entered this earth on 28th August 1963, in Baltimore, Maryland. As of 2022, his age is 59 years old under the birth sign Virgo. He is an American his nationality and belongs to Black ethnical background. He was born to parents Gussie Waston (mother) and Richard Speight (father). Lester holds an American nationality and belongs to the Afro-American ethnicity.

In his childhood days, he suffered from ADD (Attention Deficit Disorder) & ADHD (Attention Deficit Hyperactivity Disorder). The result was a range of behavior problems like focusing on schoolwork, discipline, completing tasks, and social interaction. During his school days, this deficit led Speight to face multiple problems. Later he invested everything in sports instead of focusing on normal studies.

Lester attended the Old Mill High School in Millersville. As he has a heavily muscular physique. Likewise, he was briefly involved in school sports and inducted at Old Mill High School Hall of Fame starring in three sports: football, track, and basketball. There Lester graduated in 1981 and got enrolled at the Morgan State University with a majored in communications and minored in Theatre in 1995. There he also became a Division I All-American Linebacker for the University.

He gained early fame after running the 40-yard dash in 4.3 seconds. After that, he signed a two-year deal with the Baltimore Stars for $200 thousand. However, the player never made it into the NFL. But then later earned his transition into wrestling and worked for Global Wrestling Federation. In the year 1997, he announced his retirement from wrestling to pursue an acting career.

Lester begins his acting career by appearing in the superhero movie The Meteor Man in 1993. After that, he performed in a television role in a 2000 series Walker Texas Ranger. Likewise, his marvelous performance in a Reebok commercial made him popular and skyrocketed to fame. Later he appeared in dozens of movies and TV shows. Some of his movies and TV shows are Harold & Kumar Escape from Guantanamo Bay, Malcolm in the Middle, Prison Break, My Wife and Kids.

In the year 2017, he appeared in a hit TV series NCIS: Los Angeles. There he appeared along with Chris O’Donnell, Peter Cambor, Daniela Ruah, Adam Jamal Craig, and many others. The same year, he was cast in a movie called Speech & Debate and The Mick. Lester earned further acclaim for his role of Augustus Cole in the Gears of War series of video games. Likewise, he won a 2007 G-Phoria Award for that. Besides, he also appeared in comedy.

Yes, Lester Speight is a married man. Likewise, he has tied the knot with a mysterious woman. Besides, he also has a daughter with whom he spends most of his free time. He is also spotted sharing his time in the company along with his family members and friends.

The actor has kept himself away from the rumor and is living a happy and luxurious life with his family members. Further, he keeps posting motivational pictures and videos on his Instagram account.

What is Lester Speight’s Net Worth & Salary

The net worth of Lester Speight is around $3 million as of 2022. according to Celebrity Net Worth in 2019. He has collected such a good amount of money from his versatility in different fields especially his career in the entertainment industry. The average wrestler on the main roster earns $500,000 per year. Similarly, the actor earned an average salary of $39.84 per hour in the States.

Lester Speight stands at a height of 6 feet 6 inches with an average weight of 118 kg. He has black hair color with dark brown eyes color. Further, he is also active on social sites such as Facebook, Instagram, and Twitter.

Who is Lester Speight?

Where was Lester Speight born?

Who are the parents of Lester Speight?

He was born to parents Gussie Waston (mother) and Richard Speight (father).