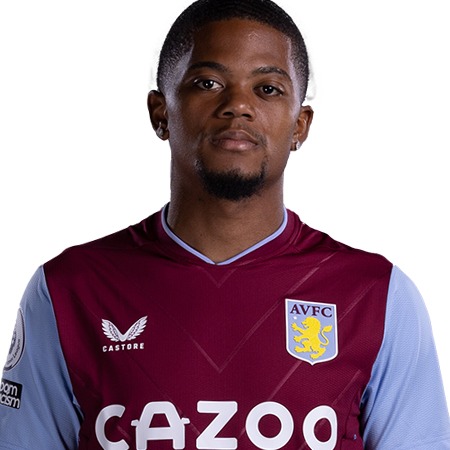 How old is Leon Bailey?

Leon was born on 9th August 1997 in Kingston, Jamaica. As of 2022, he is 25 years old. His birth name is Leon Patrick Bailey and he bears the nickname Chippy. According to his birthdate, his sun sign is Leo. By the time of six, he joined the Phoenix All-star Academy in Kingston which was owned and run by Craig Butler. His father Craig Butler adopted Leon at a young age.

Later at the age of 12, he moved to Austria with his adoptive dad and his brothers Kyle and Kevaughan. Bailey holds Jamaican nationality. Moreover, he belongs to a mixed ethnic background (Jamaican and Caribbean).

Who is Leon Bailey’s Girlfriend?

Currently, the football player Leon is in a relationship with the Instagram star Stephanie Hope. She is an Instagram model who gained huge popularity on YouTube and Instagram in a short span. The couple first met in Germany in the year 2019. Ever since they are together and one of the biggest supporters of each other.

Though the couple isn’t married, they welcomed a baby boy in the year 2020 and named him Leo Christian.

How much is Leon Bailey’s Net Worth & Salary?

As of 2022, Leon has a net worth of $15 million. He has made such amount of wealth from his primary career as Soccer Player. His annual salary is around €3,9 million while his weekly wage is €75,000.

The player is obsessed with cars. He really enjoys riding Brabus Mercedes Benz which cost about $249,000. He has been spotted riding different kinds of cars on numerous occasions in his Jamaican hometown.

Who is Leon Bailey signed with?

On 4 August 2021, Premier League club Aston Villa signed the soccer player Leon Bailey for a fee of around £30 million. He made his premier league debut as a substitute in a 3-2 loss to Watford on 14 August 2021.

The player scored his first goal for Vila on 18 September 2021 in a 3-0 home victory over Everton. He also assists goal to Lucas Digne.

Did Leon Bailey get injured?

Yes, Bailey had to face so many injuries during the first season on Aston Villa. The player suffered a quad injury in the game against Everton in September and again a thigh injury in December further ruled him out until mid-February which was followed by an ankle injury in May. Due to his injuries, he lost his chance to play about 22 games.

How much does Leon Bailey weigh?

Leon stands at a height of 5 feet 10 inches and weighs about 79 kg. The player has black hair and the color of his eyes matches his hair color.

Does Leon Bailey have tattoos?

Why does Leon Bailey not play for Jamaica?