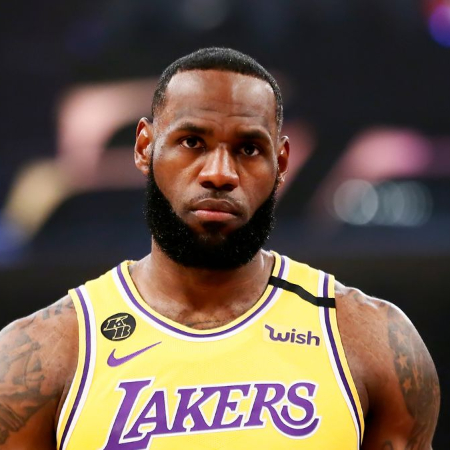 Who is LeBron James Wife? What’s His Net Worth and Salary?

American basketball player, LeBron Raymone is playing basketball for the Los Angeles Lakers of the National Basketball Association. Also, he is regarded as an amazing player of the NBA of all time.

When And Where Was LeBron Born?

On 30th December 1984, James was born in Akron, Ohio, as LeBron Raymone James. His mother’s name is Gloria James and his father’s name is Anthony McClelland. When he was a kid, he and his family went through some hard times because they were poor.

James attended St. Vincent and St. Mary High School located in Akron, Ohio. He played basketball since his high school days, and now we can see a leading basketball player. Moreover, LeBron holds an American nationality and belongs to an African-American ethnic background.

What is the Net Worth of LeBron James?

LeBron is one of the talented sportspeople of all time. He has gained lots of fame and money through his career as a professional basketball player. Annually, his earning is almost $100 million as of 2022. NBA gives him $40 million yearly, while endorsements give $55 million yearly. As per celebrity net worth, LeBron James has a net worth of approximately $500 million.

His net worth easily leads him to live a lavishly and helps him to fulfill his expensive wants. He owns a pair of huge mansions worth $21 million in Los Angeles. James owns a $9.2 million worth mansion in his hometown Akron, Ohio. Moreover, he is the highest-paid sportsperson.

How Many Children Does James Have?

James tied the knot with his childhood love Savannah Brinson. The duo is together from the time when they were in high school. After dating each other for many years, the couple decided to get married. In the year 2011, they got engaged on New Year Eve. After two years of their engagement, James and Savannah got married in the year 2013.

James being the highest-earning sportsperson and organized a luxurious wedding. Their wedding went three days long. Moreover, in their wedding ceremony, Beyonce and Jay-Z performed “Crazy in Love”.

As per the reports, on their first date, James and Savannah went on dinner at Outback Steakhouse. James and Savannah share three kids together. The duo was blessed with their first kid on 6th October 2004. They named him Bronny James. Now, he followed in his father’s footsteps and is a professional basketball player.

On 14th June 2007, Savannah gave birth to their second child named Bryce Maximus James. And after seven years of their second childbirth, the duo was blessed with a baby girl named Zhuri James in the year 2014. Currently, James happily lives in Los Angeles with his wife and three children.

How tall is LeBron James?

Moreover, his chest size is 46 inches, his waist size is 36 inches, and his biceps size is 17 inches. Besides, he has black eyes and has a black hair color as well.