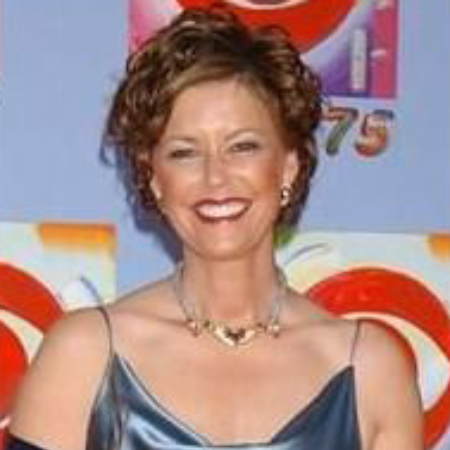 LaVelda Fann is an American actress by profession. She came to fame for a drama TV show, High Sierra Search and Rescue where Fann was seen with stars, Robert Conrad, Dee Wallace, LaVelda Fann, and teams.

The actress has shown her works in several movies including A Man Called Sloane (1979), High Sierra Search, and Dead Above Ground (2002).

Where was Actress-LaVelda Fann Birthed?

The talented actress, Fann was born on 15th August 1960 as LaVelda Conrad, Lala in Gadsden, Alabama, the United States. LaVelda is 62 years old as of 2022 and her horoscope is Leo. She is of American nationality with a white ethnical background. Similarly, she follows the Christianity religion.

The actress stands 173 cm a.k.a 5 feet 8 inches and her body build is slim. She has a pair of brown eyes and her hair color looks dark brown.

LaVelda Fann is a married woman who previously tied the wedding knot with an American film and television actor, singer, and stuntman, Robert Conrad. The couple was married for 23 years. Before marriage, the pair met on the Miss National Teenager Pageant where the actor Robert was the MC. Sparks flew.

On March 28th, 1977,  Robert and LaVelda got married when LaVelda was just 17 and her husband was 46. They have shared three children, Kaja, Camille, and Chelsea. In the year 2010, the couple decided to end their marital relationship in a divorce.

The reason for the divorce was their marital differences. Fann is the second wife of the legendary actor, Robert. Before marrying Fann, Conrad was previously married to Joan Kenlay. The pair were married in 1952 and ended their relationship in a divorce in the year 1977.

The Ex-couple had shared four children, two daughters, Nancy Conrad & Joan Conrad, and two sons, Shane Conrad and Christian Conrad. The Conrad family members belong to the entertainment industry. They are following the footprint of their father, Robert.

At 19, LaVelda Fann stepped into an Entertainment Industry

LaVelda Fann began working in the entertainment industry when she was just 19 years old. She showed her acting skills in an American secret agent adventure television series, A Man Called Sloane which was produced by Quinn Martin’s company to debut.

She shared her screen with her husband as a character of Linda together along with actor, Daniel Peter O’Herlihy a.k.a Dan O’Herlihy for an episode. The actress, Fann had seen later in the 1995 drama TV series, High Sierra Search and Rescue where she gained huge popularity and fan followers.

Later on, she was again featured with her husband as a character in a show with a star, Jason Lewis. After, she played with popular actors such as Corbin Bernsen and Stephen J. Cannell in Chuck Bowman’s directional movie, Dead Above Ground in 2002. She got the chance to play a minor role in the historical period drama movie as Mrs. Wilson. Since 2007, she is operating the FannHaven Productions and is also the owner of that in Los Angeles.

What is the Cause of LaVelda Fann’s Ex-Husband, Robert Conrad’s Death?

Her husband, Robert Conrad was born on March 1, 1935, in Chicago, Illinois, United States. The Wild Wild West star, Conrad is reported to have died from heart failure in Malibu, California, on February 8th, 2020, at the age of 84.

“He lived a wonderfully long life and while the family is saddened by his passing, he will live forever in their hearts.” As PEOPLE reported. 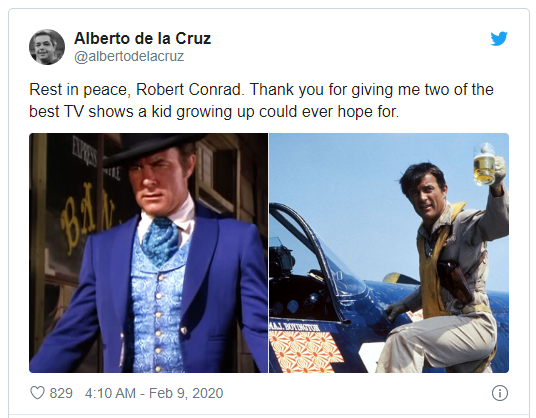 The actor started his career at an early age as a rising young actor. Conrad had a good look and strong physique so he had been chosen for the lead in a drama/ action show, Hawaiian Eye. , Robert, became a star overnight after the show debuted in 1959. He portrayed Tom Lopaka, a daring private investigator and his partner were Tracy Steele.

What is the age of LaVelda Fann?

What is the nationality of LaVelda Fann?

LaVelda Fann is American by nationality?

What is the height of LaVelda Fann?

LaVelda Fann stands at the height of 5 feet 8 inches.

According to her date of birth, her sun sign is Leo.