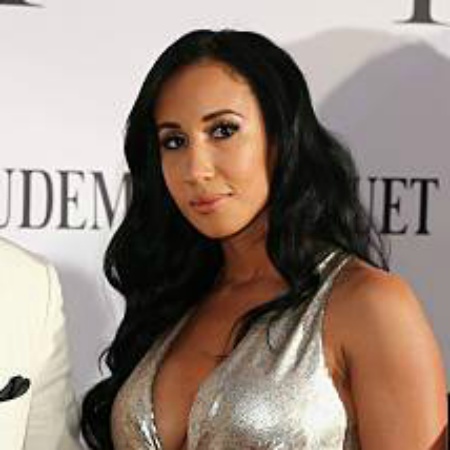 There are many people in this world who gain stardom only because of their life partner. Lakiha Spicer is also one of them who came to the media spotlight after marrying the former professional boxer, Mike Tyson.

Lakiha Spoicer entered this world in the year 1977, in Philadelphia, in the United States of America.  She is the daughter of Faridah Ali (mother) and Shamsud din Ali (father). Her father was a prominent Muslim cleric in Philadelphia. She grew up with her brother, Azheem Spicer, who is three years older than her.

Lakiha holds an American nationality and she belongs to a mixed ethnical background.

Is Lakiha Spicer Married? Who is Her Husband?

Yes, Lakiha Spicer is a married woman. She tied the wedding knot to a former American boxer, Mike Tyson on 6th June 2009, at the La Bella Wedding Chapel, in the Las Vegas Hilon. Her husband, Mike is an American former professional boxer who has won 19 professional by knockout.

The couple first met when Lakiha’s Father often took her to boxing events when Lakiha was just 18. Later, they started dating when she became 23 years old.

In the year 2008, Lakiha found out that she was pregnant with Mike’s child before entering federal prison to serve a six-month sentence for money fraud and conspiracy. After her release, she gave birth to their daughter named Milan Tyson in December 2008.

Later, they privately married in a ceremony at the La Bella Wedding Chapel. They also welcomed another child, a son named Morocco Elijah Tyson in January 2011.

As of now, both of them are living a blissful life together without any sign of rumors or separation to the date. Besides Mike, Lakiha was never seen with any other guys in her previous days while she was the third wife of her husband, Mike.

In September 2004, Lakiha was sentenced to house arrest and four years of supervision in a corruption case along with her family members and was sent to serve six months in jail while her father served jail term till 2013.

In the year 2008, Lakiha was sent to federal prison to serve a six-month term after being convicted of fraud and conspiracy more than receiving $71k from her father’s company for teaching courses at the Sister Clara Muhammad School that were never taught.

She filed a lawsuit in L.A. County stating that Lakiha had been receiving emails from an unidentified person threatening the safety of her and her family over false accusations in the year 2013.

How much is Lakiha Spicer Net Worth and Salary?

Lakiha Spicer might have earned a decent amount of money through her mysterious career but she is yet to disclose the exact amount of her net worth and salary to the media. She seems like a hardworking person, so we can assume that her net worth is no less than millions of dollars.

Also, she might earn a decent amount of money through some brand endorsement deals, commercial ads, and TV advertisements. Further, her husband, Mike Tyson is famous as a boxer and earned much money from his profession.

Mike has an estimated net worth of around $3 million as of 2019. He is also regarded as the world’s richest boxer and he has many expensive cars also from which we can assume Lakiha’s living standard. As of now, she is enjoying a lavish and luxurious lifestyle with her husband and children.