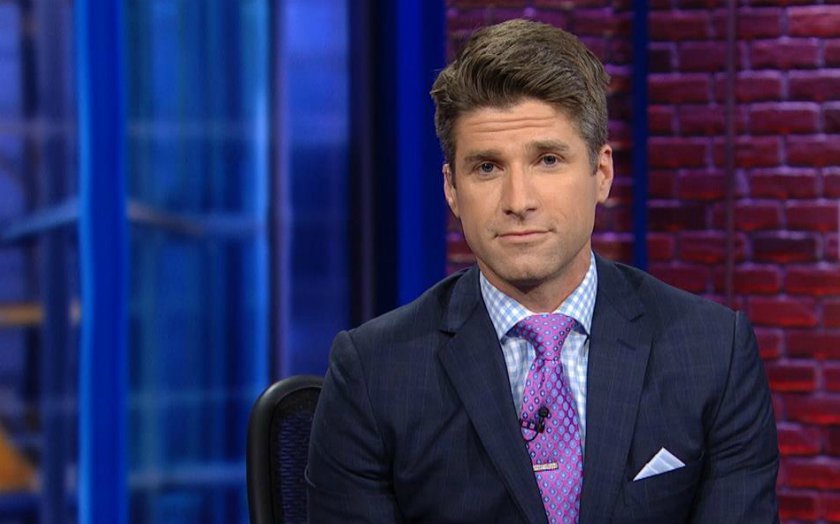 What is American former Professional Soccer Player Kyle Martino Net Worth? Explore his Career along with current Job

Kyle Martino is an American former professional soccer player playing as a midfielder.

Previously. he had spent seven seasons with the Columbus Crew and Los Angeles Galaxy in Major League Soccer. Moreover, he came into the spotlight as a soccer analyst and host. Currently, he is working as a studio analyst and color commentator for NBC Sports coverage of the English Premier League.

What is Kyle Martino Net Worth?

Former American professional soccer player, Kyle Martino has an estimated net worth of around $1 million in 2020. Currently, he is working as a television soccer analyst and host. He has earned a fortune worth millions from his career in the field and on TV.

His current source of earning is his television career as a soccer analyst and host. According to records, NBC Sports employees who worked as a soccer analyst and host earn an average of $67,306. The salary may be ranging from $56,559 at the 25th percentile to $76,259 at the 75th percentile, with top earners (the top 10%) earning more than $87,236.

Martino played soccer for his high school team. From his college, he won the National Player of the Year in 1998 after his senior season. After that, he played college soccer and scored 17 goals with 21 assists. Kyle was one of 15 finalists for the Hermann Trophy also named ACC Player of the Year.

Talking about his international career, he played for the United States at the 2001 World Youth Championship in Argentina. We saw him playing little time for the senior national team. On November 17, 2002, he got his first cap against El Salvador.

Against Panama on October 12, 2005, he scored his only international goal in the World Cup qualifier. It helps to lead his team to victory against the scoreline of 2-0. After that, he had not played for his national team.

Besides his commentating career, he worked as a television host featured on Travel Channel’s 36 Hours and NBC’s Spartan Race. Similarly, he has worked for ESPN in the past for the Philadelphia Union’s local broadcasts.

Kyle has left NBC Sports temporarily on November 6, 2017, to stand as a candidate for president of the United States Soccer Federation in the February 2018 election. However, he lost the election and his campaign was unsuccessful. After that, he returned to his own job.

Related Posts of What is American former Professional Soccer Player Kyle Martino Net Worth? Explore his Career along with current Job