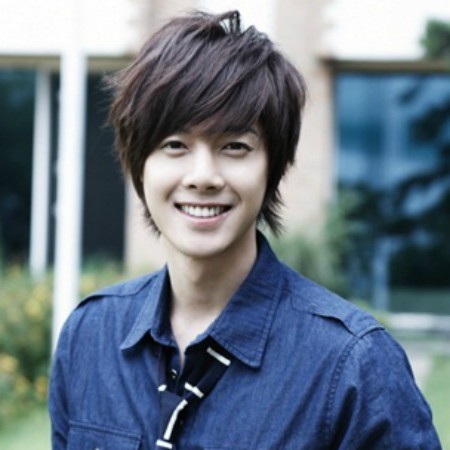 Kim Hyun-Joong is a South Korean actor who is famous as the lead rapper of the boyband SS501.

What is the nationality of Kim Hyun-Joong?

Kim Hyun-Joong was born on 6th June 1986 in Seoul, South Korea to South Korean parents. Currently, he is 36 years old and his birth sign is Gemini. He is the son of Jeong Yeon-mi (mother) and Kim Hong-Seong (father). Kim grew up with his brother Kim Young Joong. Hyun holds a South Korean nationality and belongs to East-Asian ethnical background.

In the year 2006, he graduated from the Hanyang Technical High School. Later, Kim enrolled at Chungwoon University to study stage production management. He joined the Kongju Communication Arts (KCAU) in February 2012 to study applied music.

How much is Kim Hyun Joong Net Worth and Salary?

Kim is the leader of the band SS501 who has an estimated net worth of around $5 million. He has earned a considerable amount of money from his successful career as an actor and singer. During 2009-2014, he won around 16 Yahoo! Asia Buzz Awards in categories including Popular Artist, Top Buzz Solo Artist, and Most Searched.

In January 2011, Kim was a part of the coal briquettes distribution campaign, where he distributed about 20k briquettes. Also, he donated $50k to the Korean Red Cross Association in the year 2011. He is active in philanthropic works; he donates a part of his earnings to many organizations for the welfare of society and children. Moreover, he opened his Kim Hyun-Joong own Scholarship program and donated $17.3k per year.

Similarly, Kim donates $25.95k to Summer Campaign for Senior Citizens Living Alone. On 13th June 2012, he was also a part of the Save The Earth reform class environmental campaign by the Hang Ten (brand). In the year 2013, he donated 100 million KRW to One Foundation for the victims of the earthquake in Ya’an, China.

Kim Hyun Joong is possibly single at the moment. As of now, he is not seen with anyone as he is quite focused on his career rather than involving in such kind of relationship affairs.

Kim has dated many celebrities in the past few days. He was romantically involved with Ms.Choi, but they couldn’t maintain their relationship and broke up. The reason behind their separation was Kim’s unfaithfulness and his aggressive behavior with his ex-girlfriend. In the year 2014, Choi sued him for domestic violence, but after he apologized she retracted the accusation.

After a year, Choi claimed that she was pregnant with his child, which sparked controversy all over again. In April, she sued Kim for around 1.6 billion won in damages due to emotional stress from the miscarriage of her first pregnancy. Choi said that she has no intention to get married to him and she will raise her child alone. But her lie about her previous miscarriage was revealed in June of 2015, so Kim filed a suit against her.

In September 2015, Choi had a baby, and after three months, a DNA test was carried out. The result showed that the baby is Joong’s child. Moreover, he also dated South Korean actress and model, Jung So Min. They even performed together in the drama Playful Kiss in the year 2010. However, they couldn’t keep the relationship together and separated their ways.  Also, there was a rumor that he was dating the South Korean singer, Hwangbo. However, they never announced that they were dating. But, Kim and Hwangbo were seen wearing a pair of matching rings, watches, and caps.

Hyun Joong stands at a height of 5 feet 9 inches while his body weight is around 83 kg. Kim’s hair and eyes are dark browns in color.

Kim Hyun-Joong won the Best Asian Artist Award and the Best Artist Award – South Korea at the Asia Song Festival Awards 2012. Also, he won the Korean Entertainment Award in Japan for the Best Male Solo Singer in 2013. He won the Mnet 20’s Award as the Most Influential Star in the year 2010. Kim won around 16 Yahoo! Asia Buzz Awards during 2009-2014 in categories such as Top Buzz Solo Artist, Popular Artist, and Most Searched.

His role in Boys Over Flowers won him the Korean Junior Star Award in the year 2009. Moreover, his other big drama, Playful Kiss also won him the award for Male Popularity from MBC Drama. Besides, he has also won many awards like Youth Icon awards, Style Awards, Model Awards, Best Couple Awards, and so on.