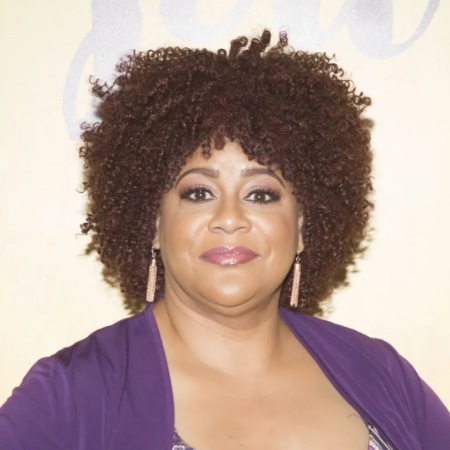 An American actress, comedian, and game show host, Kim Coles is popular for her roles as a cast member on In Living Color.

When was Kim Coles born?

Kim Coles opened her eyes to this beautiful world on January 11, 1962. Was born in Brooklyn, New York, United States. As of 2022, she is 60 years old and her birth sign is Capricorn. Kim celebrates her birthday on the 11th of January every year. Kim LaShaunda Coles is her birth name.

The name of her mother is Bernice Coles and her father worked as the first dean of the Pratt Institute. She spent her early life with two other younger sisters. As a nationality, Kim holds American citizenship while she belongs to African-American ethnic background. Likewise, she follows Christianity as a religion.

Where did Kim Coles go to School?

Who is Kim Coles’s Boyfriend?

Kim is dating Dr. Jaye Johnson. Jaye is a professional doctor, entrepreneur, strategist, investor, and trainer. They often post pictures of themselves on their social sites. Kim has shared the picture of hugging Jaye and said:

“Create laughter, love, and joy in every moment of every day with everyone in your life.”

No, Kim is not married to John. John is the father of Nicole Simone. John is a comedian by profession. They shared the screen together in the movie named living Single by weren’t married to each other.

Who was Kim Coles previously married to?

Kim tied the wedding knot two times. In the year 2015, she walked down the aisle with Reggie Mckiver. Reggie worked as a police officer by profession and is the owner of a health food store.

In February 2015, Reggie proposed to Kim at the Olive Garden. They tied the wedding knot only after dating each other for 8 months. Moreover, Kim was 12 years older than Reggie. They met each other for the very first time in the hair expo where Reggie was doing the job of security.

Their grand wedding was held in presence of their close ones in the Dominican Republic where popular celebrities like Luenel Tasha Smith and Kim Whitley appeared. In mid of 2019, Kim filed for divorce, and only after four years of marriage, did they officially get divorced on the 28th of May 2019.

In the year 1985, she tied the wedding knot with Aton Edwards. Aton is an author by profession. But only after 10 years of marriage, did they divorce in 1995.

No, Kim was not pregnant on the series Living single. Kim never became pregnant in real life also. Coles has played a variety of roles in her acting career.

What is Kim Coles’s Net Worth?

Kim’s net worth is $3 million as of 2022. She earns this amount from her professional career as an American actress.

Likewise, as an American actress, she is earning $400k as her annual salary.

What is Kim Coles’s height?

Kim has a tall height of 5 feet 9 inches. According to her height, Kim has a body weight of 96kg. Her waist and hip sizes are 33 inches and 35 inches respectively.

Furthermore, Kim has a beautiful pair of black eyes and her hair is brown and she wears a dress size of 4(US).

Which ethnic background does Kim Coles belong to?

Where did Kim Coles go to study?

What is Kim Coles famous for?

Kim is an American actress, comedian, and game show host who became famous for her roles as a cast member of In Living Color.