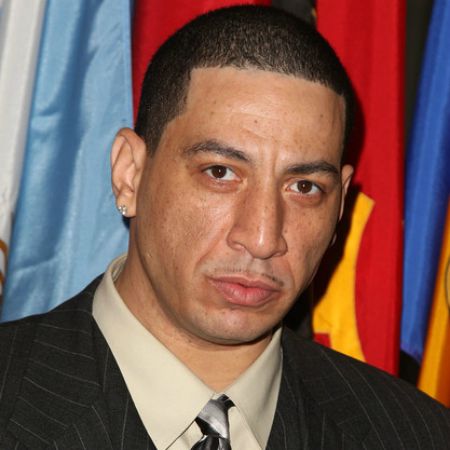 Bio, and Wiki of American DJ and rapper Kid Capri

Kid Capri is an American DJ and rapper. Moreover, he is popular for serving as the house DJ for HBO’s Def Comedy Jam for seven seasons.

What is the Age of Kid Capri?

Kid Capri was born on February 7, 1967, in  Bronx, NY, the United States of America. His real name is David Anthony Love, Jr. His birth sign is Aquarius.

As there is no information about his wife. But his daughter Vina Love, a singer. As he is doing his best to establish her in the entertainment industry.

She is not in the studio or filming Growing Up Hip Hop in New York. However, she loves to travel.  She came into the limelight when she posted high-waisted bikinis photos on social sites during a recent trip to Jamaica.

In the year 1993, he appeared in the film Who’s the Man. After that, he signed with the Track Masters’ Columbia Records-distributed label in 1997.

After that, he appeared on the Puff Daddy and the Family World Tour in 1997. In the year 1998, he subsequently released Soundtrack to the Streets. Similarly, he was also featured on its hip-hop tv show The Breakdown.

His role as a Judge

Kid Capri has featured as the lead judge on Smirnoff’s Master of the Mix, the BET reality TV competition in search of the nation’s best DJ. Likewise, he was commissioned to remix “Masterpiece”, in March 2012. It is an exclusive track featured on the special Smirnoff Nightlife Edition of Madonna’s album, MDNA.

Who is Kid Capri?

The kid is an American DJ and rapper and he is popular for serving as the house DJ for HBO’s Def Comedy Jam for seven seasons.

Where was Kid Capri born?