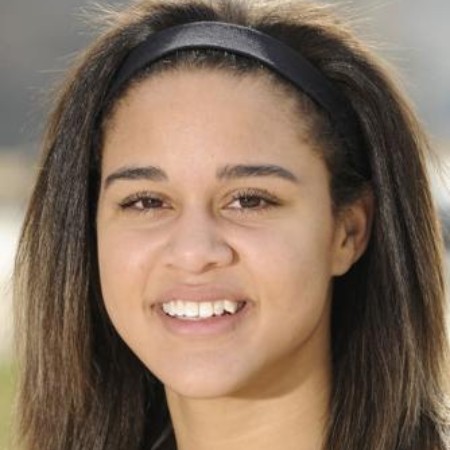 A Rehab Technician Kianna Ibis is also a basketball player who has been able to gain media attention as a girlfriend of an American football wide receiver N’Keal Harry.

What is Kianna Ibis’s Nationality?

Kianna Ibis opened her eyes to this beautiful world on November 25, 1996. She was born in Sioux Falls, South Dakota, United States. Kianna is 25 years old as of 2022 and her birth sign is Sagittarius. She celebrates her birthday on the 25 of November every year.

Kianna grew up with her sister. Her sister’s name is Samantha Ibis. Similarly, Kianna holds American nationality. Moreover, she follows Christianity as a religion.

Which college did Kianna Ibis go to?

Is Kianna Ibis single or dating someone?

Yes, Kianna Ibis is in a romantic relationship with N’Keal Harry. Her boyfriend is an American football wide receiver for the Chicago Bears of the National Football League. In the fall of 2016, Harry was a freshman and Kianna was a sophomore when they first met. The couple started dating during their college days. On their first date, they  ate burgers and ice cream at Tempe Marketplace.  While playing the dating game Harry said

“I was just attracted to her, but not just from a looks standpoint, I immediately thought this could be the girl for me right away. I’m really serious about this.”

And Kianna stated in one of her interviews:

“I used to know him from 2015 when he was in Chandler High School, he was popular and talented quiet an eligible bachelor to handout with and I never thought we will date each other.”

Both of them, support each other’s careers as athletes in their respective fields. Kianna said that

“He’s always been very supportive of literally everything I do. If he didn’t get it, it would kind of be disrespectful.”

How much is Kianna Ibis’s Net Worth?

According to some online resources, an average salary of an American basketball player is $44,713 every year. Also, she must be earning the same amount from her career as a basketball player.

What are Kianna Ibis’s injuries?

Kianna was out indefinitely with a knee injury. She had surgery after an ACL tear in her right knee. Kianna suffered from a right knee injury during a basketball match with Omaha Benson on January 31.

How tall is Kianna Ibis?

Kianna stands 6 feet 1 inch tall. Likewise, she has an alluring pair of black eyes and her hair color is brown.

Did Kianna Ibis get drafted?

Yes, Kianna Ibis got drafted. On April 10, the senior forward emerged as the go-to player for Arizona State women’s basketball, but she played herself into contention for the WNBA draft.