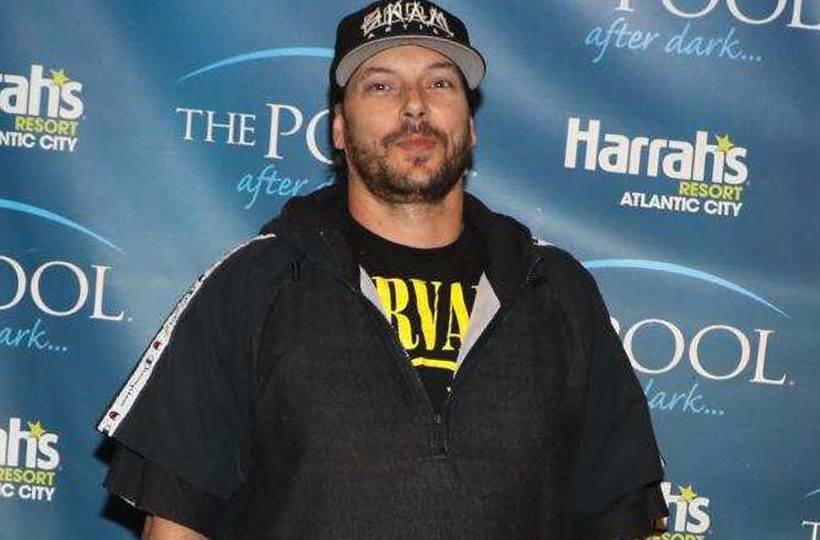 American rapper, Kevin Federline received the media spotlight as the ex-husband of the American pop singer, Britney Spears. Apart from that, she is an actor, television personality, professional wrestler, and DJ.

Although he had received a spotlight with pop icon Britney, he has mostly stayed away from the public since the divorce. So, today we’ll discuss more his married life, children, and other interesting facts below:

Kevin Federline is a happily married man. He shared the wedding vows with Victoria Prince. The couple met in 2008 and they became closer when they spent time on the same recreational bowling team but they have not shared detailed information on their relationship. After several years of dating, they finally tied the wedding vows on 10th August 2013 at the Hard Rock Hotel in Las Vegas, Nevada.

Since the wedding, Kevin and Victoria are having a blissful married life and there is not even a single rumor on their divorce or separation. The couple often shares each other’s pictures on their respective official Instagram account.

Who is Kevin Federline’s Wife?

Kevin’s wife, Victoria Prince is an American teacher and a former professional volleyball. She opened her eyes on 2nd December 1982, in Richland, Washington, the United States. She started her career as a volleyball player but she has not disclosed much information regarding her career.

Currently, Victoria is serving as a teacher at some prestigious school/college in the United States. She received the media spotlight only after marrying her husband, Kevin. Victoria is a supportive wife.

Kevin was in a relationship with an American actress and singer, Shar Jackson. They began their relationship in the early 2000s and they engaged with each other after some time. Unfortunately, they called off their engagement in the year 2004.

After that, Kevin met the pop singer, Britney Spears. They eventually fell in love and they finally shared the wedding vows on 6th October 2004 at a private wedding ceremony. However, they separated ways and divorced on 30th July 2007.

How many baby mommas does Kevin Federline have?

Kevin has three baby mommas as he has six children from three different women. He welcomed a daughter, Kori Madison Federline on 31st July 2002, and a son, Kaleb Michael Jackson Federline on 20th July 2004 with his ex-girlfriend, Shar.

With Britney, he welcomed two sons, Sean Preston Federline and Jayden Federline in 2005 and 2006 respectively. His other daughter Jordan Kay Federline was born in the year 2011 with Victoria but his youngest child’s identity is still missing from the media.

What does Kevin Federline say about Britney Spears?

Even after divorcing Britney, Kevin has always wished the best for her. While talking with some online media, his divorce attorney Mark Vincent Kaplan shared Kevin’s thoughts regarding his ex-wife, Britney. He stated:

Who are Kevin Federline’s Parents?

Kevin was born to his parents, Mike Federline (father) and Julie Bleak (mother). His father was a car mechanic while his mother was a bank teller by their professions. Kevin had a middle-class family.

When he was a kid, his parents divorced so he was raised by his mother. He has two brothers, Chris Federline and Kurtis Federline.

Which College did Kevin Federline attend?