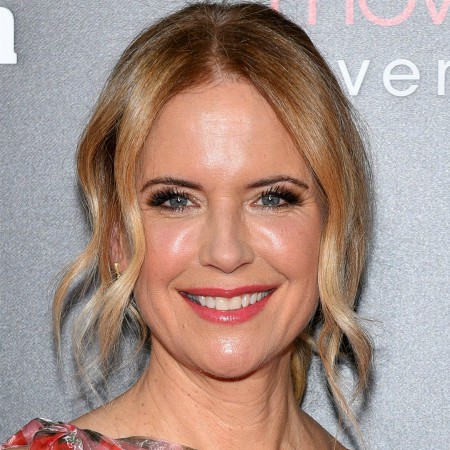 What’s Kelly Preston cause of death? What’s Her Net Worth in 2022?

Late American actress and model, Kelly Preston has featured in more than 60 television shows and films combined. But she was popular for her works in ‘Mischief,’ ‘Twins,’ and ‘Jerry Maguire.’

Kelly Kamalelehua Smith is born on October 13, 1962, in Honolulu, Hawaii, USA. Her mother worked as an administrator at a mental health center and her father worked in an agricultural firm. Her father drowned when she was just 3 years old. Then her mother married Peter Palais, who adopted Kelly. She held American nationality and is of mixed ethnicity.

During her childhood, she moved to Iraq. Then she moved to Australia with her family. She enrolled at ‘Pembroke School’ in located Adelaide. Kelly attended Punahou School located in Honolulu, Hawaii. Then she enrolled at the ‘University of Southern California’ to study drama.

Cause of Kelly Preston’s Death

The beautiful actress Preston died at the age of 57 in Clearwater, Florida, United States. Kelly Preston’s prime cause of death in breast cancer. She died on the morning of July 12, 2020. Kelly has been battling breast cancer for two years but lost the battle with cancer. While she had been undergoing medical treatment for some time, supported by her closest family and friends,

“She was a bright, beautiful and loving soul who cared deeply about others and who brought life to everything she touched. Her family asks for your understanding of their need for privacy at this time.”

Then her husband John posted on his official Instagram saying,

“My beautiful wife Kelly has lost her two-year battle with breast cancer. She fought a courageous fight with the love and support of so many.”

Then he tanks the health worker as well,

“I will be taking some time to be there for my children who have lost their mother, so forgive me in advance if you don’t hear from us for a while. But please know that I will feel your outpouring of love in the weeks and months ahead as we heal. All my love, JT”.

Married Twice; Who is Her Husband?

Actress, Kelly Preston had married twice in her lifetime. Before her marriage to John Travolta, she was married to her first husband Kevin Gage in 1985. Unfortunately, the marriage ended in divorce in less than two years. Then she dated George Clooney for a year or so. Kelly was engaged to Charlie Sheen for a short while.

Then she met her husband John Travolta in 1987 while working together on the set of the movie The Experts. The couple did not start dating until 1990. Then the pair started dating and dated for one and a half years. Kelly accepted the proposal of John at the Palace Hotel restaurant in Gstaad, Switzerland, on New Year’s Eve 1991.

Kelly and John tied the wedding knot on September 9 1991 in Paris though it was an unofficial wedding ceremony held in Paris presided over by a Scientology minister. They again got after their first wedding in Florida a week after, this time in an official ceremony.

She became the mother of a boy Jeet Travolta in 1992, who unfortunately passed away at age sixteen. Then the couple welcomed their daughter Ella Bleu Travolta born on April 3, 2000. After ten years on November 23, 2010, they were blessed with a baby boy named Benjamin Travolta. She had a blissful married life with her husband John until her death.

American actress, Kelly Preston had a net worth of $180 million at the time of her death. She had earned a handsome sum of money. She was one of the most successful actresses who earned millions of worth from a professional career.

Kelly and John spent $3.5 million on a 2.35-acre home in LA’s Brentwood neighborhood in 1993. The couple’s property features an 8,100 square-foot main house, 7 bedrooms, 8 bathrooms, a tennis court, a playground, and a large swimming pool.

Then they sold the home to next-door neighbor Scooter Braun, the mega-producer/manager behind the success of Justin Bieber, Ariana Grande, and more, for $18 million in January 2020. In September 2019, John and Kelly maintain a $2.65 million LA home in Calabasas which was purchased.

What was the nationality of Kelly Preston?

Kelly Preston had American citizenship as a nationality.

How much was Kelly Preston’s net worth?

Kelly Preston’s net worth was estimated to be $180 million at the time of her death.

What was the death cause of Kelly Preston?

Kelly Preston passed away because of breast cancer.