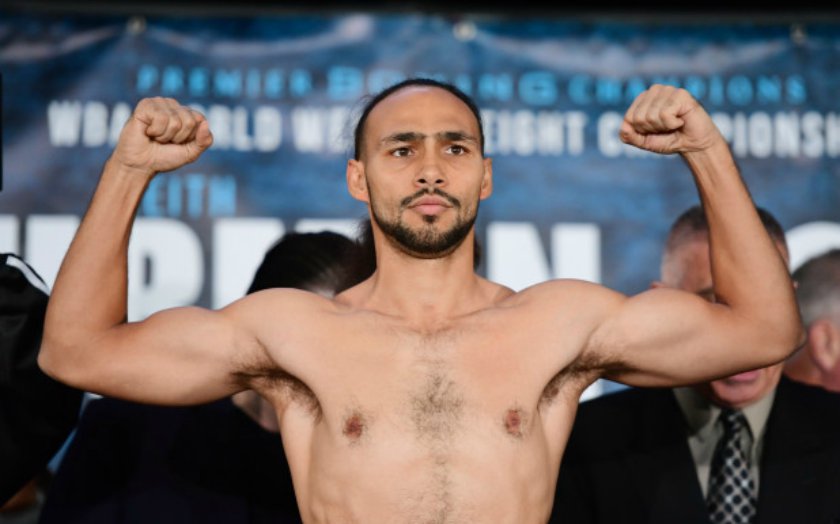 Keith Thurman is an American professional boxer. He is a former unified welterweight world champion. He held the WBA title from 2015 to 2019. Keith considered one of the hardest punchers in the welterweight division well known by the ring name “One Time.” From 2017 to 2018, he was a resigning World Boxing Champion (WBC) champion.

Who is Keith Thurman Wife?

Keith Thurman is a happily married man. Keith Thurman’s wife’s name is Priyana Thapa. The couple met at a nightclub in Tokyo, Japan in 2016. She has worked in a Tokyo nightclub owned by her father. He felt in love at a first sight and a whirlwind romance started.

He spent much of his time in Tokyo sharing quality time with his girlfriend. The Boxer, Keith proposed and She said Yes. After that, he flew back to Nepal to meet her parents. According to Nepali culture, he formally asked for her hand with her parents.

“On our first date it was her birthday,” Thurman told USA Today. “And I said, ‘Allow me to celebrate your birthday with you.’ I just wanted her company, and I felt complete…it’s like a gift. I never thought it would happen, but it just did. After our first date, she stole my heart.”

“If you give her one ounce of kindness, she gives you back four,” Thurman added in a piece posted by the Premier Boxing Champions (PBC) website. “I love everything about her.”

Keith and Priyana have dated for a long time before they finally decided to tie a knot in the native country of Thurman’s wife, Nepal. The couple exchanged the wedding vows on June 30, 2017, in  Kathmandu, Nepal. The couple married in Nepali culture and their wedding ceremony took place at a hotel in Kathmandu.

It was attended by family members and close friends. The couple has not shared kids despite being married for two years. He regularly shares a picture of his wife, Priyana, in his social account, which suggests that he is in deep love with her.

The couple’s wedding ceremony was held in a traditional Nepalese way in the presence of their family. In their marriage, the couple added a flavor of the typical Nepali musical instrument in their wedding.

The couple seems to be satisfied with their marital status. Their marriage ceremony held in the capital city of Nepal. Interestingly, he married his girlfriend Priyana in Nepali culture.

Professional Boxer, Keith Thurman entered this earth on November 23, 1988, as Keith Fitzgerald Thurman Jr. He was born in  Clearwater, Florida. His parents’ father African-American and mother a European-American of Polish and Hungarian descent.

As of 2019, his age is 31 years old along with his birth sign Sagittarius. Keith holds an American nationality & belongs to a mixed ethnical background. He had taken his training from the late Benjamin Getty who was a good friend of Sugar Ray Leonard.