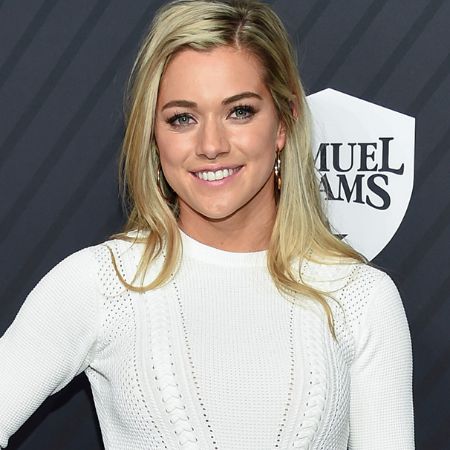 An American soccer player Kealia Ohai Watt rose to prominence after joining the Chicago Red Stars of the National Women’s Soccer League (NWSL) in 2020. Kealia is also famous as the wife of an American football defensive end, Justin James Watt.

What Ethnicity is Kealia Ohai?

Kealia Ohai opened her eyes to this beautiful world on January 31, 1992. She was born in Draper, Utah, United States of America. As of 2022, she is 30 years old and her zodiac sign is Aquarius. By birth, her teal name is Kealia Mae Ohai. Usually, she celebrates her birthday on the 31st of January every year.

Kealia’s father’s name is Ben Ohai and her mother’s name is Cindy Ohai. Similarly, she grew up with her other three sisters. Her sisters’ names are Megan Cushing, Aubrey Ohai, and Cami Ohai. Megan is a former youth national team member who attended USC and played soccer. She won the National Collegiate Athletic Association (NCAA) title in 2007 while she was a player.

Similarly, she holds American citizenship as a nationality and belongs to a Hawaiian ethnic background. Furthermore, she has a faith in Christianity as a religion.

Did Kealia Ohai go to School?

Kealia completed her high school at Alta High School. After high school, she completed her graduation from the University of North Carolina. It is located in Chapel Hill. She graduated with a bachelor’s degree in Psychology in the year 2013.

Kealia is a married woman. She is married to an American football defensive end, Justin James Watt. Kealia and Justin met for the first time in Houston. The couple started dating in the year 2016. After dating for 3 years, they engaged in 2019. Finally, Kealia and Justin tied their wedding knot on February 15, 2020, in the Bahamas.

Who is Kealia Ohai’s Husband?

Justin James Watt is Kealia Ohai’s husband. Her husband is regarded as one of the greatest defensive linemen of all time and was honored three times in his first five seasons with the AP NFL Defensive Player of the Year Award. He started playing ice hockey at the age of four and continued until he was thirteen.

In 2010, he received the Ronnie Lott Trophy. Similarly, Justin was the first defensive end selected in the first round by the Houston Texans on April 28, 2011. In addition, he had one of the best seasons in NFL history as a defensive player in 2012. In 2012, Justin agreed to a six-year contract extension with The Texans worth $100 million prior to the start of the 2014 season.

Do Kealia Ohai and Justin James Watt have children?

How much is Kealia Ohai’s Net Worth?

Kealia Ohai’s net worth is estimated to be around $1 million as of 2022. According to some online resources, the average salary of an American soccer player ranges from $47,889 to $59,456 per year. Also, she must be earning the same amount of salary from her career.

How tall is Kealia Ohai?

Kealia stands at a height of 5 feet 5 inches tall and her weight is around 57 kg. Similarly, she has a perfect body structure that measures 34-23-33 inches. Kealia has an alluring pair of hazel eyes and her hair is blonde in color.

Yes, Kealia Ohai and Megan Cushing are related to each other. They are related through a blood relationship as Megan is Kealia’s sister.

Is Kealia Watt blind in one eye?

Kealia is blind in one eye due to severe astigmatism in her right eye, which was diagnosed when she was six years old. She used to wear a patch over her left eye because she was teased at school.