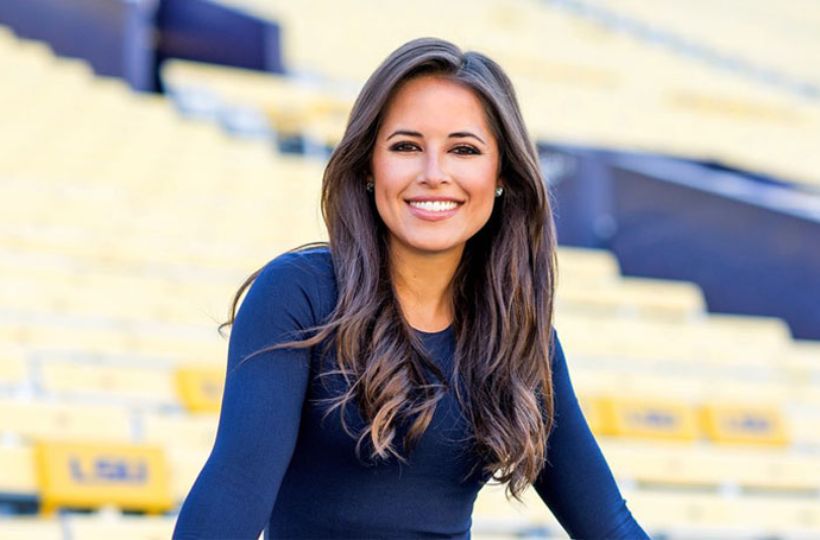 Who is American Reporter-Kaylee Hartung’s Husband? Is Kaylee Hartung married to Tim Tebow? Explore more on Her Family with Quick Facts!

American reporter, Kaylee Hartung is famous for working at ABC News. Besides, she has also worked in several reputed broadcasting networks like CNN, CBS, and ESPN.

Who is Kaylee Hartung’s Husband?

Kaylee Hartung is not married neither she is dating anyone so she does not have a husband/boyfriend at the moment. She has always kept her personal life away from the media spotlight so there is not much known about her love life. In a 2013 interview, she was asked On what makes a man attractive and she gave an answer which gives the hint of what she actually adores in guys. She stated:

“I definitely need to date someone who enjoys watching sports and talking about sports. I go for a pretty classic look. I’m not going to say that I’m married to a polo-and-khakis or a button-down-and- khakis look, but I just like someone who is put together. Whatever their style may be, as long as it’s clear they’re put together and put a little thought into it, and that they take pride in their appearance…I am a Southern girl, in heart and in mind.”

Previously, Kaylee mentioned her boyfriend in an Instagram image but she never spoke about that topic in the public. Kaylee is certainly enjoying her singlehood and focusing on her professional career rather than being with anyone else.

As we have already mentioned, Kaylee is living a single life. However, she had gone through a rumor of getting married to NFL superstar, Tim Tebow. The rumors started to swirl on the internet when Tim posted the image with Kaylee on 25th October 2015.

Kaylee quickly cleared the rumored saying that Tim was like a brother to her. Since then, Kaylee has not been involved in any kind of rumors or controversies that includes her professional or personal life.

Yes, Kaylee is still working at ABC News as their reporter. To date, she has appeared in various TV shows and events of this company.

Kaylee was born to Julie Tucker (mother) and Joe Hartung (father). Her father was a pilot who passed away in a plane crash when Kaylee was 10 years old. Kaylee mentions her father as the greatest dad in the entire universe.

She also mentions her mother and grandmother as her role model by posting pictures with them on her social networking. Further, it is still unclear if Kaylee has any siblings or not.

Where did Kaylee Hartung go to college?

Kaylee finished her high school education at Episcopal High School in 2003. After that, she attended Washington and Lee University in Lexington city, Virginia. She finished her graduation with a degree in broadcast journalism and politics in the year 2007.