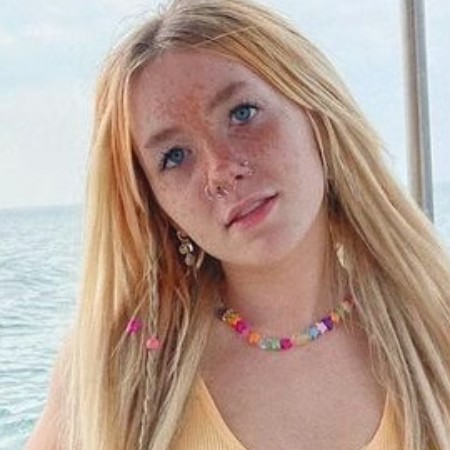 Social media star Kayla Malecc came to the spotlight through the use of her kaylamalecc TikTok account.

Who is Kayla Malecc’s Sister?

Kayla Malecc opened her eyes to this beautiful world on December 24, 2004. She was born in Illinois, United States of America. Kayla is 18 years old as of 2022. She celebrates her birthday on the 24th of Dec every year.

According to her full date of birth, her sun sign is Capricorn. She has one sister. Her name is Ashley Malecc. Kayla is American by nationality and belongs to white ethnic background. Similarly, she follows Christianity as a religion.

Is Kayla Malecc still in a relationship?

Kayla is in a relationship with her boyfriend Brayden McAlister a.k.a HoneyBoat. Her boyfriend, Brayden is a social media star. The duo began dating each other in March 2020.

How much is Kayla Malecc’s Net Worth?

Kayla has an estimated net worth of around $200k as of 2022. She made that sum of money from her career as a social media star.

According to the source, an average salary of an American social media star is around $41,223 a year. She might be earning the same amount. Aside from her career, she is also earning an extra sum of money from ads, sponsorship, advertisements, and brand endorsement.

What happened to Kayla Malecc’s car?

Kayla thought about doing the DIY car paint after looking in the Tik Tok. But it didn’t turn out as she has expected it to. She captioned her Tim To video Don’t trust the process. Malec utilized Rust-oleum peel paint after cleaning the knobs, window edges, and emblems on her car. Any DIY film that begins with Rust-Oleum will not turn out well if TikTok has taught us anything at all. She said:

“So I have an issue. I decided to paint my car and it was peel paint, so I thought you could just peel it off, so I just sprayed it all over my car, and now it’s not coming off,”

“I’ve had many stares while driving my car and dirty looks. And my friends hate it so much.”

“I’m praying a car wash is gonna get it off,” she added in a TikTok clip. I’m so embarrassed to drive this.”

How tall is Kayla Malecc?

Kayla stands at the height of 5 feet 3 inches while she has a body weight of around 57kg. She has an alluring pair of blue eyes and beautiful long blonde hair.

What is the profession of Kayla Malecc?

Kayl is a content creator, social media star, and YouTuber.

Is Kayla Malecc’s sister a twin?

No, Kayla’s sister is not a twin but they are sisters from the same parents.