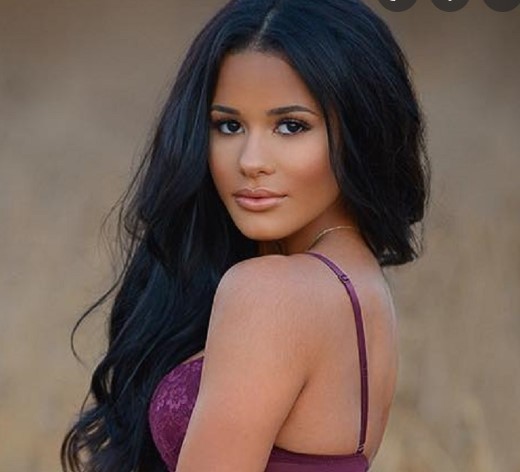 American model and social media celebrity Katya Elise Henry came into the limelight after founding a website, Workouts by Katya.

What is Katya Elise Henry’s Age?

Katya Elise Henry came into this world on June 14, 1994, in Minneapolis, Minnesota in the United States of America. This makes her 27 years as of now. She celebrates her birthday every 14 of June with her friend and family. According to astrology, she falls under the Gemini sun sign. The name of her father is Derick Anthony Henry. Likewise, the name of her mother is Tawnya Lynn Nelson. The father of Katya is a professional bodyguard for over two decades.

She has two sisters as her siblings. The name of her sisters is Tanaya Henry and Gabrielle Henry. Her sister Tanaya is also a renowned model and actress. Henry holds the American nationality and belongs to multiracial ethnic background. Likewise, she has faith and belief in the Christian religion.

Where did Katya Elise Henry complete her study?

Is Katya Elise Henry in a Relationship?

Katya is currently dating Tyler Herro. Herro is an American professional basketball player by his profession. The pair started dating each other in the year 2020. They even share a lovely daughter with each other. They are together for 2 years.

The couple ver misses a chance to post each other on their personal social media account. Henry has also said that Tyler is one of the most dedicated and sincere people she has known till now.

What happened to Austin Mahone and Katya Elise Henry?

In early of the year of 2016, Henry started dating Austin Mahone. He is a singer by his profession. The pairs used to enjoy each other’s company very much. Thye even took a road trip together to Tampa while they were dating each other in the year 2017. The pair broke up with each other in February of the same year. Austin confirmed that  they have spilt their ways apart by saying:

Besides that, she dated Kyle Kuzma in the year 2018. Additionally, she has made an encounter with Tyga in the year 2019. She did not have any serious relationship with anyone other than her now boyfriends till now.

Is Katya Elise Henry a mother?

Henry is a mother of a lovely daughter. The name of her daughter is Zya Herro. She shares her lovely daughter with her boyfriend Tyler. Zya was born on September 4 of the year 2021.

How much is Katya Elise Henry’s Net Worth?

As of 2022, Katya has an estimated net worth of $8 million approximately. The primary source of income for her net worth is her successful career as a social media personality and fitness trainer. She has become successful to collect a hefty sum of money from her fitness club. Additionally, her clothing store also makes a good sum of money.

She is also earning very handsome oi money from her official Youtube channel as well. Henry has millions of followers on her Instagram account. She also gets paid for doing the promotions as well. Annually, she makes around $6.9 million. Henry is living a very luxurious life right now.

What is Katya Elise Henry’s Height?

Katya stands at a height of 5 feet 7 inches tall. She has a body weight of 55kgs. On the other hand, she has attractive pairs of black color eyes and long black color hair. Henry has her body measurements of 36-26-36 inches.

Does Katya Elise Henry have a tattoo?

Henry has many tattoos on her body. She has a cross tattoo on the backside of her neck. Moreover, she has inked Blessed on the top of her right hip. She has also written a quote by Emme Woodhull-Bäche tattooed on the left side of her rib cage that says Thorns and Stings / And Those Such Things / Just Make Stronger / Our Angel Wings.