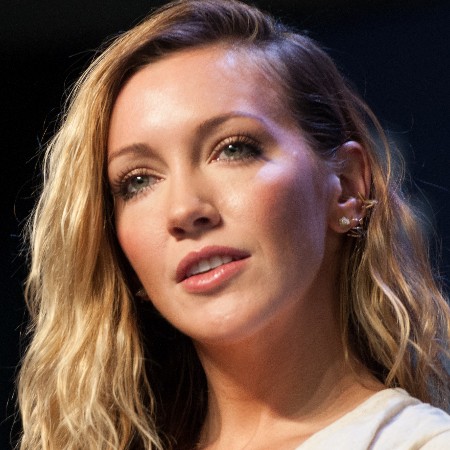 Who are Parents of Katie Cassidy? Bio, Age, Net Worth 2022, Husband,

American Actress Katie Cassidy came to the limelight for her work in the projects like Supernatural, When Stranger Calls, etc.

Where is Katie Cassidy from?

On  25th November 1986, Katie Cassidy was born in Los Angles, California, United States of America. Her full name is Katherine Evelyn Anita Cassidy. As of now, she is 35 years old. Her birth sign is Sagittarius. Katie is the daughter of David Cassidy (father) and Sherry Williams (mother). By profession, her father is an actor and singer. Likewise, her mother is a fashion model.

She has three siblings two sisters and a brother, Beau Cassidy, Jenna Benedon, and Jamie Benedon. Also, she has an uncle named, Shaun Cassidy, Patrick Cassidy, and Ryan Cassidy. Her grandparents’ names are Jack Cassidy and Evelyn Ward. By nationality, she holds American citizenship and belongs to a Caucasian ethnic background. Similarly, she follows the Christian religion.

Where did Katie Cassidy study?

Katie seems to be an educated and qualified lady. She has completed her schooling level at Calabasas High School. Then, she joined the Tisch School of the Arts to learn and also started studying acting.

Who was Katie Cassidy married to?

Katie Cassidy is living a single life at the moment. Previously, she got married to her lover Mathew Rodgers. The love birds were in a relationship for several years before their marriage. Then, they got an engagement on June 5, 2017. Finally, they tied their wedding knot in front of their family, friends, and relatives in December 2018.

Katie and Mathew have not shared any children from their relationship. Unfortunately, they signed the paper and separated on January 8, 2020, in Los Angeles.

Who has Katie Cassidy previously dated?

How much is Katie Cassidy’s net worth?

Katie Cassidy is successful in earning a huge sum of money from her successful career. She is a millionaire. According to celebrity net worth, she has an estimated net worth of around $3 million as of 2022.

Katie is living a very happy and lavish life with the money she gained from her career. Also, she has earned both names as well as fame in her career.

Katie has bought a house in a Los Angeles-area investment home for $2.099 million. Later year, she bought a heavily renovated 2,951-square-foot mid-century for $1.56 million. Also, she has sold her Encino home for $1.835 million.

What is the height of Katie Cassidy?

Katie stands at a height of 5 feet 7 inches or 1.71 meters. Her total body weight according to her height is 54 kg. She has a beautiful pair of hazel color eyes with brown color hair. Besides, Her total body measurement size including chest size, waist size, and hip size are 34-24-34 inches (87-61-87 cm).

The Journey of Katie Cassidy’s Career