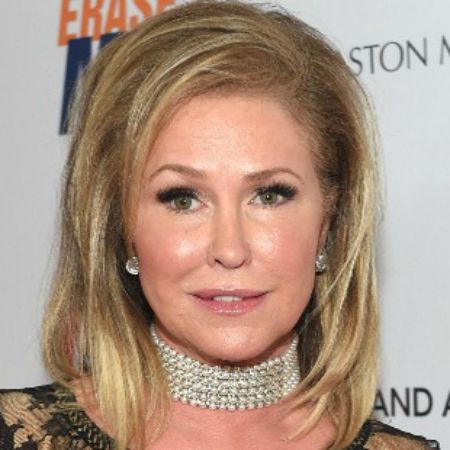 Kathy Hilton is a popular fashion designer, actress as well as philanthropist of American origin. Moreover, she is famous as the mother of Paris Hilton and Nicky Hilton. She has appeared in various television series including Happy Days and Bewitched.

What is the Age of Kathy Hilton?

Kathy Hilton was born on 13 March 1959, in New York City, New York, USA. Her age is 60 as of the year 2019 with her birth sign Pisces. Her father is Laurence K. Avanzino and her mother is Kathleen Richards. Further, Kathy’s paternal grandfather was of Italian descent. Hilton also has Irish and Scottish ancestry.

Her parents later divorced, and her mother married Kenneth E. Richards. Similarly, she has two maternal sisters. They are Kyle Richards and Kim Richards.

She also has five paternal half-siblings from her father’s remarriage. Kathy holds an American nationality and belongs to white ethnicity. Moving towards her educational qualification, she graduated from a private high school in Los Angeles where she became best friends with singer Michael Jackson. They both remained close friends until his death in the year 2009.

Who is Kathy Hilton Husband? Do they have Children?

Kathy Hilton met Richard Hilton at the age of fifteen while attending a private high school. Similarly, in the year 1979, she married him. They both have four children daughters Paris Hilton (1981) and Nicky Hilton (1983)  as well as sons Barron Nicholas Hilton II (1989), and Conrad Hughes Hilton III (1994).

She has an average of 5 feet 5 inches with a body weight of 59 kg. Similarly, her hair is blonde with a pair of green eyes color.

The Professional Career of Kathy Hilton