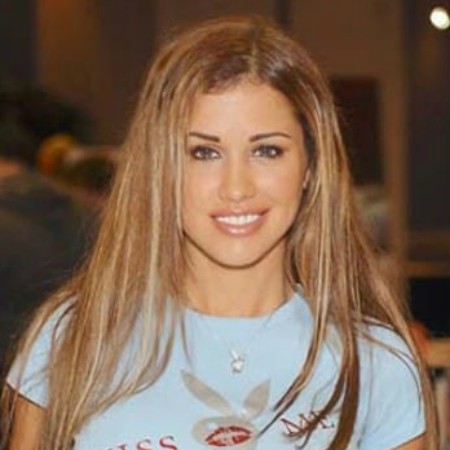 She became the headline of the news channels and media when Katelyn filed for a rape case.

Katelyn Faber first landed on this world as a Katelyn Kristine Faber on 18 June 1985 in Eagle, Colorado the Unites States. Her horoscope is Gemini.  She is the daughter of Kristine Ann Faber (mother) and Paul Louis Faber (father).

Regarding Faber’s nationality, she is an American and her ethnicity is white. Concerning her educational qualification, she completed her elementary education at the Eagle Valley Senior High School located in Gypsum, Colorado. After that, she enrolled in the University of Northern located in Greeley Colorado, and graduating from there.

In July 2003, Katelyn sexual assault case started when the news media reported that the sheriff’s office in Eagle, Colorado. The officer arrested professional basketball player Kobe Bryant in connection with an investigation of a sexual assault complaint filed by a hotel employee.

On 30th June in advance of having surgery Kobe checked into The Lodge and Spa at Cordillera, a hotel in Edwards, Colorado. On 1st July, Katelyn accused Kobe of raping her in his hotel room on the night before the surgery.

However, the case was dismissed but he admitted to an adulterous sexual encounter with Faber. When she refused to testify for the case and was later dismissed.

After that, a separate civil suit was filed against Kobe by the woman. But the case settled outside the court. Bryant also publicly apologized to his accuser by admitting no fault in his past.

On the same day that case was dismissed, NBA player, Bryant issued to his lawyer the following statement:

Although this year has been incredibly difficult for me personally, I can only imagine the pain she has had to endure. I also want to apologize to her parents and family members, and to my family and friends and supporters, and to the citizens of Eagle, Colorado”.

“I also want to make it clear that I do not question the motives of this young woman. No money has been paid to this woman. She has agreed that this statement will not be used against me in the civil case. Although I truly believe this encounter between us was consensual, I recognize now that she did not and does not view this incident the same way I did. After months of reviewing discovery, listening to her attorney, and even her testimony in person, I now understand how she feels that she did not consent to this encounter”.

“I issue this statement today fully aware that while one part of this case ends today, another remains. I understand that the civil case against me will go forward. That part of this case will be decided by and between the parties directly involved in the incident and will no longer be a financial or emotional drain on the citizens of the state of Colorado”.

In 2004 August, the accuser filed against Bryant over the incident, a civil lawsuit. The two parties agreed and settled down a civil lawsuit in March 2005. The terms of the civil lawsuit settlement were not disclosed to the public and public. According to The Los Angeles Times,  the legal experts estimated the settlement in more than $2.5 million.

Who is Katelyn Faber’s Boyfriend?

Concerning her personal life, Katelyn is secretive in nature tends to keep her private life far from the media. However, she was in a relationship with her boyfriend Cort Colon. In addition, she is the mother of one child, a son from her relationship with Cort but the name of a child is unavailable.

A Participant in a Reality Show “American Idol”

An aspiring singer, Katelyn tried out for the American Idol but failed to pass the first round. She performed in front of famous personalities like Simon Cowell and Jennifer Lopez. After that, she has not revealed any information about her profession and engagements.

However, she came into the limelight after she filed a rape case against the former professional basketball player, Kobe Bryant. Finally, Katelyn decided to remove herself from the limelight and national attention.