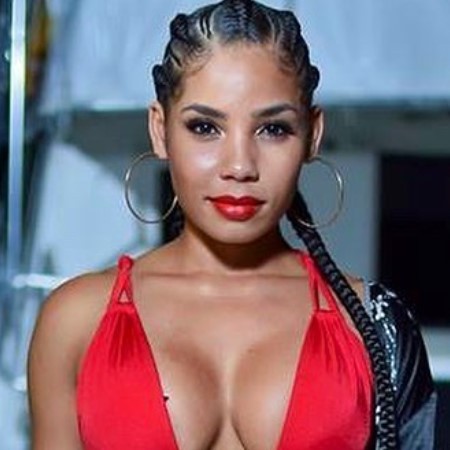 Model and social media influencer Kasi Bennett came into the limelight as the girlfriend of Jamaican runner Usain Bolt.

When is Kasi Bennett’s Birthday?

Kasi Bennett opened her eyes to this beautiful world on July 7 of 1990 in Old Harbour of Jamaica. This makes Kasi 32 years old as of now. Kasi loves to celebrate her birthday every July 7 with her friends and family. According to her date of birth, Kasi falls under the Cancer sun sign.

Kasi holds Jamaican nationality and belongs to mixed ethnic background. Likewise, she has faith and believes in the Christian religion.

Did Kasi Bennett go to College?

Kasi has completed her high school studies. After high school, she got a bachelor’s degree in Law. Additionally, she has a postgraduate business degree that is a Master of Business and Management as well.

How long have Usain Bolt and Kasi Bennett been together?

There is rumored that in the year 2016, Bolt proposed to Kasi for the marriage but it has not been confirmed till now. Till now, Kasi and her boyfriend have faced many problems in their relationship but they have stayed strong with each other. Once Bolt and one girl’s picture came out but Kasi did not make a big deal out of it and saved the relationship.

Is Kasi Bennett a mother?

Kasi is the mother of three beautiful children. She has one daughter and two twins sons. The name of her daughter is Olympia Lightning. Likewise, the name of her twins’ sons is Saint Leo Bolt and Thunder Bolt.

She shares her children with her boyfriend Bolt. Their daughter was born on 17 May 2020 and their sons were born in June 2021.

What is Kasi Bennett’s Net Worth?

As of 2023, Kasi has an estimated net worth of $5 million approximately. Kasi is a model, lawyer, and social media influencer by her profession and she gets paid a huge sum of money.

In Jamaica, an average model gets paid around 86,400 JMD per month. So, we can assume that Kasi is also getting a salary in the same range. On the other hand, her boyfriend Bolt has an estimated net worth of $90 million approximately.

How much money did Usain Bolt Lose?

Usain lost the money around $10 million. He lost this money due to the massive scam case at a Jamaican investment company. Bolt’s money got disappear from his investment account. All the investments that Bolt has made in Stocks and Securities Limited (SSL) have disappeared.

What is Kasi Bennett’s Height?

Kas stands at the height of 5 feet 3 inches tall. She has a body weight of 60 kg. On the other hand, she has an attractive pair of brown color eyes and black color hair. Likewise, Kasi has a body measurement of 36-26-40 inches.

Who is faster than Usain Bolt?

Bolt is the fastest runner in Jamaica. But Erriyon Knighton is a teenager who runs the fastest in the world and is faster than Usain.

What did Usain Bolt suffer from?

Bolt has suffered from scoliosis, Scoliosis started in his legs and went up to the spine. This scoliosis causes his spine to curve to double to compensate.