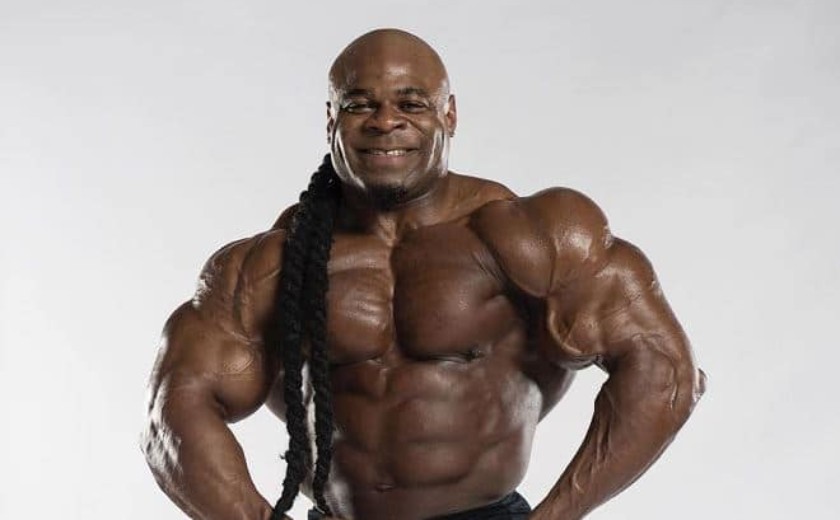 Who is Kai Greene’s Wife/Girlfriend?

Kai Greene is not single anymore and even no has a wife. He is currently dating a Haitian Canadian professional female bodybuilder, Dayana Cadeau. They met each other for the first time in the year 2007. After knowing each other well, they fell deeply in love. Since then, Kai and Dayana are living a happy and blissful life together without any sort of separation or other affairs. Once there was a rumor about Kai being gay but his girlfriend, Dayana denied the rumors and said:

“There is no truth David about all of this. People are always making judgments on other people’s lives or if they see anything that can make the person look bad, they will start a rumor. Don’t forget there is also jealousy.”

As of now, the couple is now devoted to one another along with their respective goals. Further, there is no information about Kai’s past relationships or love affairs. It seems like Dayana is his first and last love.

His girlfriend, Dayana is a Haitian Canadian professional female bodybuilder who has a position among the list of most popular bodybuilders. She was born on 2nd June 1966, in Haiti. At the age of 7, Dayana moved to Quebec City, Quebec where she was raised by her mother. Further, she completed her education at a private Christian school.

Dayana has never won an overall pro title, but she has four class titles to her credit. Some of her won titles are Ms. International, middleweight at Jan Tana Classic, lightweight at Ms. Olympia, and so on. Also, she is famous as the most successful bodybuilder of Haitian descent. However, she retired from bodybuilding and joined physique in the year 2011.

Yes, Kai Greene has retired from his bodybuilding career. Before retiring, he came in second place in the 2012, 2013, and 2014 editions of the IFBB’s Mr. Olympia competition. Even after his retirement, Kai is regarded as one of the best bodybuilders to have never won the competition.

Kai is currently working as a personal trainer, artist, and actor. He has appeared in many movies, tv shows, and documentaries like Overkill, College Debts, Generation Iron, Redemption, Stranger Things, Pogaru, and many more. Also, he has been hosting his own podcast called Getting it Done since October 2020.

As an avid artist, Kai often creates self-portraits to help himself build and maintain his ideal physique. In the year 2011, he exhibited some of his work to the public; at the art exhibition, he stated,

“As a professional bodybuilder, I’m a master sculptor. The art show made me realize that I’ve always been an artist: my medium the human physique. My life is what I make it, just like the art I’ve produced on canvas and on stage. This art show makes this statement. I’m celebrating some personal accomplishments and my own artistic expression.”

Kai Greene has had various hairstyles throughout his career. He said that he wanted it because it’s something everyone can easily identify with him. He is mainly famous for his beautiful looks and his pleasant personality. Once he was he was asked if his hair was real. At that time he simply replied:

What is the nationality of Kai Greene?

What is Kai Greene’s real name?

How tall is Kai Greene?

What is Kai Greene famous for?

Kai Greene is famous as one of the greatest bodybuilders in the modern era of the sport.