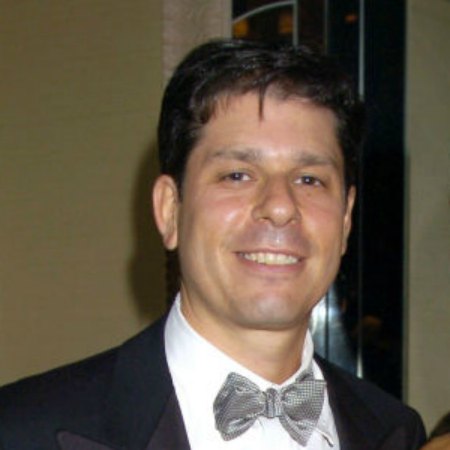 Although Jonathan Steinberg is the founder president and CEO of Wisdom Tree Investment, he gained popularity after marrying a famous American journalist as well as an author.

Jonathan Steinberg was born in the USA. The name of his parents is Saul Steinberg (Father) and Barbara Herzog (Mother). Saulis the chief executive officer of Reliance Group Holdings as well as Wisdom Tree Investments.

He holds an American nationality and belongs to the white ethnicity.

What is the Net Worth of Jonathan Steinberg?

Jonathan was born to a wealthy family as his father Saul Steinberg is one of the top billionaires. His investment company has assets of $60 billion. Jonathan has an estimated net worth of $49.8 Million dollars.

Besides that, he has made over 29 trades of the WisdomTree Investments stock since 2012. Additionally, he recently bought 79,365 units of WETF stock worth $496,031.

Similarly, he makes $1,962,250 as President, Chief Executive Officer, and Director at Wisdom Tree Investments. On the other hand, his wife Maria Bartiromo has a net worth of around $22 million and her annual salary is $6 Million.

Is Jonathan Steinberg Married? Who is his Wife?

Yes, Jonathan is a married man. He married his wife Maria Bartiromo on 13 June 1999.

His Wife Shows and Books

On the other side, his wife Maria started her career as a producer and assignment editor with CNN Business News. Afterward, she joined CNBC and replaced analyst Roy Blumberg in 1993.

Moreover, she was also the anchor of the CNBC business interview show ‘On the Money with Maria Bartiromo.’ In 2007, she began hosting ‘The Business of Innovation’.

Similarly, she did several shows such as ‘The Tonight Show with Jay Leno’, ‘The Oprah Winfrey Show’, ‘The Caroline Rhea Show’, ‘Real Time with Bill Maher, and ‘Late Night with Conan O’Brien’ and so on.

However, she left CNBC to join the Fox Business Network on November 18, 2013. Apart from being a journalist, she is also an author. Additionally, she has also authored three books.

Furthermore, they are ‘Use the News: How to Separate the Noise from the Investment Nuggets and Make Money in Any Economy, ‘The 10 Laws of Enduring Success’, and ‘The Weekend That Changed Wall Street.’

Moving towards her awards, she received the Lincoln Statue Award, Gracie Award, the Excellence in Broadcast Journalism Award, and Emmy Awards.