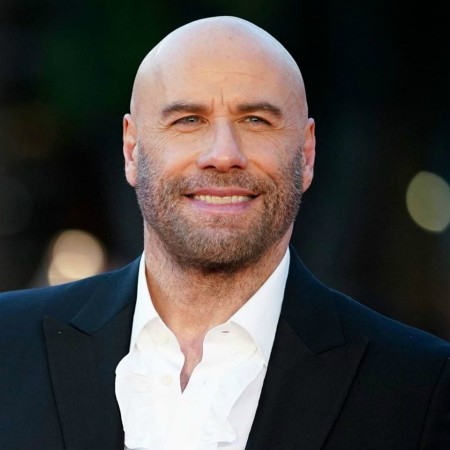 American actor, John Travolta is well-known for his role as Vincent Vega in the critically acclaimed 1994 movie Pulp Fiction. Also, she is a producer, and dancer as well. The actor John has featured in numerous films over his career that spans more than forty years.

On February 18, 1954, John Joseph Travolta was born to parents Helen Travolta and Salvatore Travolta in Englewood, New Jersey. His father was a semi-professional footballer while his mother was an actress of Irish descent. Having American nationality; Travolta belongs to mixed ethnicity.

He is the youngest child of his parents. Travolta grew along with his five siblings, namely: Joe Travolta, Margaret Travolta, Sam Travolta, Ellen Travolta, and Ann Travolta. He attended Dwight Morrow High School located in Englewood, New Jersey. But the actor dropped out at the age of 17.

Who is John Travolta Wife?

Travolta met his wife Kelly Preston in 1987 while working together on the set of the movie The Experts. The pair did not start dating until 1990 because Kelly was married. After divorce from her husband, they started dating and dated for one and a half years. He proposed Kelly at the Palace Hotel restaurant in Gstaad, Switzerland, on New Year’s Eve 1991.

John exchanged the wedding vow with his wife Kelly Preston on September 9 1991 in Paris. It was an unofficial wedding ceremony held in Paris presided over by a Scientology minister. The couple got married again after their first wedding in Florida a week after, this time in an official ceremony.

They became parents of a baby boy Jeet Travolta in 1992, who unfortunately passed away at age sixteen. Then the couple welcomed their daughter Ella Bleu Travolta born on April 3, 2000. The couple welcomed a baby boy named Benjamin after ten years on November 23, 2010. John having a blissful married life with their wife Kelly until her death.

What is the Cause of John Travolta Wife Death?

“My beautiful wife Kelly has lost her two-year battle with breast cancer. She fought a courageous fight with the love and support of so many.”

Also, he thanks the health worker,

“I will be taking some time to be there for my children who have lost their mother, so forgive me in advance if you don’t hear from us for a while. But please know that I will feel your outpouring of love in the weeks and months ahead as we heal. All my love, JT”.

Death of His Son Jett

The couple grieved the loss of their 16-year-old son, Jett. Jett Travolta died in 2009 after hitting his head in a bathtub while having a seizure according to multiple reports. When he was very young, Jett has seizures and Kawasaki Syndrome as well Preston said in an episode of The Doctors.

Kawasaki Syndrome is a disease that “causes inflammation in the walls of medium-sized arteries throughout the body. It primarily affects children and inflammation tends to affect the coronary arteries, which supply blood to the heart muscle.”

Affairs and Relationship Before Marriage with Kelly

Before their marriage, John had been linked with various women throughout his career. At the end of 1976, Travolta started dating Diana Hyland after the two met while working on The Boy in the Plastic Bubble. Diana was diagnosed with cancer and later passed away in the actor’s arms. Then he met Anita Gillette in 1978 while working on the play Bus Stop and the two got close.

John started dating Catherine Deneuve in 1980 who was eleven years his senior. The pair were alleged to have fallen for each other while working on the film Blowout. After that, he met Marilu Henner in 1978 while working on the highly successful film Grease. The duo dated in 1983 and even got matching Jaguar’s vehicle to celebrate their reunion. In 1989, they got separated. John had a short-lived relationship with Brooke Shields in the 1980s.

What is the Net Worth of John Travolta?

The actor John has appeared in films that have cumulatively grossed more than $4 billion as of 2022. John Travolta has an estimated net worth of $250 million according to celebrity net worth. The actor averaged $10 million for each movie by the mid-90s.

Also, he was named as one of the most valuable actors of all time. He spent $3.5 million in 1993 on a 2.35-acre home in LA’s Brentwood neighborhood. His property features an 8,100 square-foot main house, 7 bedrooms, 8 bathrooms, a tennis court, a playground, and a large swimming pool.

Travolta sold the home to next-door neighbor Scooter Braun, the mega-producer/manager, for $18 million in January 2020. He owns a 50-acre estate in Maine, a mansion in Clearwater, Florida near the headquarters of Scientology, and a very unique home in Ocala, Florida in a neighborhood called the Jumbolair Aviation Estates outside of LA.